From The Big Apple to The Emerald Isle with Rory Hanrahan 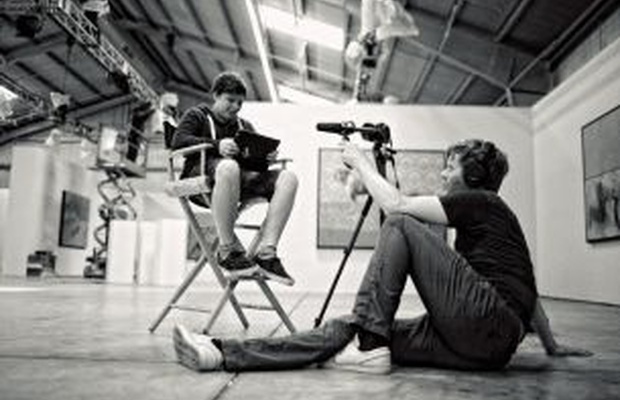 An Irish director with over 10 years of agency-side experience, Rory Hanrahan spent many years in New York working as an Art Director and Creative Director. But after working on a few ads with American Beauty director Sam Mendes, he was inspired to jump behind the camera and get shooting, and hasn’t looked back since.

Rory recently returned to his homeland of Ireland and has already been directing work for clients such as Eir and AIB through Rothco and production company Gaslight. Hoping to find out more about his colourful past, LBB’s Liam Smith caught up with Rory for a chat.

LBB> When did you first realise you wanted to get into filmmaking?

Rory Hanrahan> I remember watching Raiders of the Lost Ark on VHS in nineteen-eighty-something and rewinding the scene with the rolling boulder again and again and again. Then when I went to art school I was working on an illustrated book and I remember a tutor said, “Have you ever thought of making films?” and I remember being so grateful he asked that, because the question sort of gave me permission to go for it.

LBB> You've got over a decade of experience working in agencies. How does that experience help you when you're behind the camera?

RH> So many good directors have come from an agency background and I can see why. I spent years in NY working for agencies like 72andSunny, Mother NY and Mekanism. I think my agency time really armed me well for directing in two really different ways. Firstly, as an agency creative I got to work with all sorts of directors -  the insipid and the inspired. It was a great way of understanding how to apply craft to commercial projects (and how not to). I remember getting to work with Sam Mendes on a couple of commercials, and just watching him walk everyone through how he wanted everything to be was a real masterclass. He had such a simple process, but I just spent those couple of days watching him and thinking, "I’m going to copy this guy.”

The second thing (and this is the big one) - Because of my agency experience I’m very comfortable with how brands tell stories. I understand what it takes to build a brand world, and how nuanced a brand purpose can be. I really try to drill down into that space in pre-production. I think some directors struggle with the strategy-born stuff that guides branding now. It can all seem like a foreign language and it can be outside of people’s comfort zones.

LBB> You've done a lot of work in the US. How would you say advertising compares stateside to Ireland?

RH> Obviously the industry is smaller here - so that really changes your perspective on the work you produce. In the US I often worked on campaigns that never aired in the city I lived in. Once you shipped a job that was that. It went off to the Midwest and you only ever saw it on your reel! But here I see my work a lot more often and… It’s like advertising is a lot less abstract here.

Of course, the forces changing advertising here are broadly the same as those that changed the industry in the States, but the move towards digital and social platforms happened earlier there - so I feel like I’m familiar with the forces and ideas shaping things here right now. The current focus on authenticity and cultural relevance in advertising is something I feel grateful for as a director and a story teller. Audiences have developed a taste for more involved stories so there’s a real diversity to the projects that are coming my way now.

LBB> From a glance at your reel, you’ve got a lot of performance and people-focused work. What do you find is the key to getting the best from the actor you’re working with?

RH> I work with lots of non-actors too - so I really just try to connect with them as people and get them comfortable with the camera. I try to give them room to play by letting the camera run and run. When the camera is rolling everything is very focused and calm, so I just chat quietly and reset, reset, reset. The key for anyone delivering a performance - be they an actor or not - is understanding what I’m going for - so once people trust I know what I’m up to they can come up with really unexpected stuff.

LBB> What’s a recent project you’ve completed that you are particularly proud of?

RH> We’ve just come off the back of a campaign for Eir that built off the premise that things are better together - so we found real people who were better together - the Lords of Strut, a farmer and his dog, a rallying couple… and we told their ’together' stories in TV and digital content. Rothco came to us with a really interesting format where the cast have a conversation with the voice over. The campaign just flowed really well from that device. We had amazing researchers finding great people. The whole project felt like an authentic slice of humanity in a novel format. There are a couple of little gems in the 60-second edits that I’m quite proud of.

LBB> Which aspects of the filmmaking process are most enjoyable for you?

LBB> When it comes to commercial projects, how do you decide which ones that you’d like to work on?

RH> I think you just have to be able to relate to a central theme or idea and build out from there. I read some scripts and see them straight away. I always look for that one thing that will intrigue and inspire me through the process of planning, shooting and editing a project. I feel when I don’t really know what to do with a project the project isn’t generally right for me.

LBB> When did you sign to Gaslight, and why were they the right company to represent you?

RH> I moved back to Dublin from New York 18 months ago with a young family and I literally didn’t know anybody in the industry. It was a daunting time trying to work out who was who. Through friends of friends I met with producer Al Byrnes at Rothco, and after we talked at length about my experience, hopes and dreams, he introduced me to Dave and Mick from Gaslight. We had a coffee and a chat and I realised that these guys knew absolutely everything I didn’t know. The synergy has been there from the beginning, and we’ve really fed into each other’s skill sets and work ethic to create a really strong production offering. At the moment, we’re treating on interesting stuff and developing a pilot for a TV series, so we’re trying not to stand still. We’re consciously pushing for different-feeling projects - and that keeps things interesting.

LBB> Outside of your own work, what else do you like to get up to?

RH> Since I moved back to Dublin I have tried to get into a bit of sailing. I’m not very good yet, but It’s such a great way to clear your head. I used to see the big spinnaker sails out on the bay when I was child and think they looked so relaxing and regal. When I got out on one those boats under a billowing spinnaker last summer it was the complete opposite - an insanely exhilarating experience with grown men screaming at each other to pull on different coloured ropes… But still really cool.

LBB> Have you got any tips for young filmmakers out there?

RH> Well, I suppose my only true nugget of advice is ‘stick at it’. If you wake up every morning thinking about something, that’s probably what you should be doing with your life, so make a film on your phone. Then make another one, then another one. Now you’re a filmmaker. That’s really been my experience. I had to make 30 films that nobody asked me to make before anyone ever called me up and asked me to make a film. So, you’ve got to be an opportunist who’s ready for rejection. Still interested?

Bringing Oddball Filmmaking from Sofia to Dublin with Kevork Aslanyan