Friends of the Earth Takes Action Against Eco-Anxiety 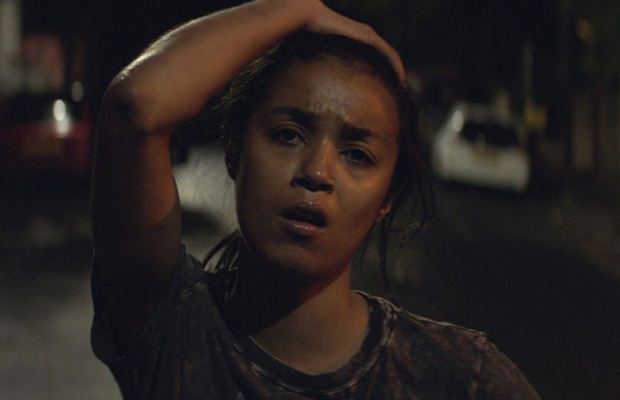 Today the independent creative agency, Don’t Panic, and the environmental campaigners Friends of the Earth, launch ‘We’ve all been there’, a new 90’ film featuring Jasmine Jobson, of Netflix’s Toy Boy fame.

According to a national YouGov poll* in January 2020 over 70% of the UK’s 18-24 year old population is not only worried, but anxious about climate change. Commissioned by Friends of the Earth, evidence shows that many of Great Britain’s population are concerned that they, and their local councils, are not doing enough to help the environment. To ensure that each individual is aware that they’re not an anomaly, the new campaign ‘Take Back Tomorrow’ not only demonstrates how these feelings are the norm, but directs the audience to tangible solutions that they can adopt - giving assurance that there is a real plan to tackle the climate crisis.

“What we do in the next few years will determine the future of our world. We know the solutions to climate chaos and there’s still time to act... just. We need to work together if we’re to convince our government to legislate against climate chaos” said Aaron Kiely, climate campaigner for Friends of the Earth. “As the group of people most likely to see the worsening effects of climate chaos, it’s not surprising that a surge of younger people is increasingly concerned, especially in the face of government inaction”

We can all feel eco-anxiety, and it hits us continuously; from the moment we walk into a coffee shop and realise we’ve forgotten our coffee cup, to getting to the check-out at the supermarket and realising we’ve not brought our reusable bag, to the daunting realisation that we forgot to use the recycle bin at lunch. We all want to do our bit to help heal our planet, knowing that each small effort we make can create an impact. This is why we worry that we’re not doing enough.

This is the insight experienced by the protagonist Jasmine Jobson (Top Boy) in our hero film ‘We’ve All Been There’.

From the moment she sits bolt upright in bed, the narrative takes on an ominous and dramatic feeling, consequently raising the audience’s blood levels. We watch her sprint through streets, clambour over fences, launch herself through people’s homes and throw herself off of bridges. This intense, action-packed chase leaves the viewer baffled as to what the commotion is about and what is it that she’s lost that causes her so much anxiety.

Rick Dodds, creative partner, Don’t Panic said: “One of the most telling elements of producing this idea, is how everyone on the crew identified with the issue. Everybody had a story about feeling eco-anxiety over one thing or another. Jasmine Jobson really embodied it, and she was simply brilliant - throwing herself into chase scene after chase scene over three, freezing cold nights in South East London.” He added, “From the off we didn’t want this to feel like a typical charity film. We wanted to create a high-intensity, Hollywood-esque chase scene that got pulses racing. The more dramatic we made it, the more humour there would be in the reveal; it was all for a plastic bottle she’d put in the wrong bin.”

Production house Stink Films put an A-list team together, with rising star director, Eoin Glaister partnering with one of the industry’s finest DOP’s, Fabien Wagner (who shot episodes of the final season of Game of Thrones and DC Comics Justice League amongst others). Shot using an Arri Alexa mini, the fast-action shots were filmed with the help of a rickshaw, mori and a Maxima rig. For the bridge scene, a deserted road in the former Olympic park was used, and a stunt double took the plunge for Jasmine.

“This was a dream job from the get go: a chance to get stuck into some gritty genre proper, a cracking punchline and all for a good cause” said Eoin Glaister, director at Stink Films. “Given that I am now writing this from the comfort of the Stink offices and am no longer stood beside a motorway in the freezing cold at 4am, I can safely say it was an utter joy to shoot and the crew enjoyed every last second of it. Jokes aside, we were extremely lucky to pull the crew we did, a level of expertise usually reserved for blockbusters.

Released across Facebook, YouTube, Instagram and Twitter, the film is part of Friends of the Earth’s wider climate campaign #TakeBackTomorrow. Friends of the Earth want people to discover the power of collective action. By signing up, you’ll receive a toolkit of practical suggestions, including ideas on how to make changes at home, government petitions and everything you need to start campaigning in your community.

*Survey data from YouGov Plc. Total sample size was 2,024 adults. Fieldwork was undertaken 3 January 2020. The survey was carried out online and figures have been weighted and are representative of all GB adults (aged 18+).

Getting the Most out of Your Charity Advertising Campaign