Ford Mustang Gets an Electric Makeover 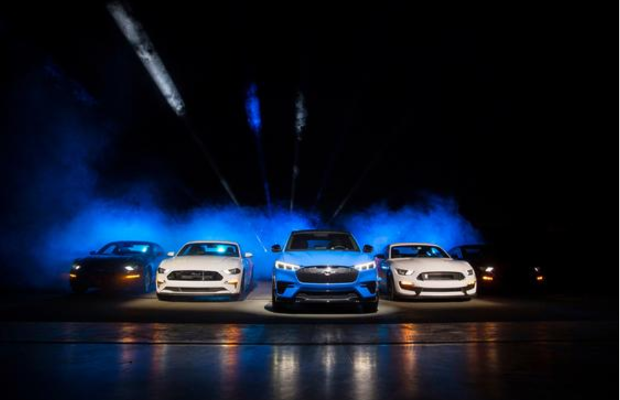 For the first time in 55 years, Ford is expanding the Mustang family, bringing the famous pony into the electric age with Mustang Mach-E, an all-new, all-electric SUV born of the same all-American ideals that inspired the best-selling sports coupe in the world.
Ford Mustang has inspired generation after generation and become an icon featuring in both movies and pop songs. Imagination’s task for the global reveal was to think beyond a launch event to create a cultural moment that would engage the loyal Mustang fanbase and engage a whole new generation of future Mustang owners.
For the reveal we created a TV show format, starring Idris Elba with special guests including Ken Block, Molly McQueen, Billy Johnson, Ben Collins and Bill Ford. The fast-paced show from the Jet Centre Los Angeles, took the audience on a journey of what the Mustang has always meant to fans, and why the time is right for an all-electric Mustang to join the stable.
The show had Detroit swagger with the reveal featuring the incredible Detroit Youth Choir and a 28ft high giant pony used as a platform for projection mapping. The evening culminated with the reveal of the Mustang Mach-E GT alongside its stablemates.
Within 48 hours of the event over 5.9 million had watched the 35-minute show on twitter with a further, 1.3 million on youtube and facebook. The show was also live streamed on CNN and Autohome in China. The reveal set conversation alight online, with over 16,000 stories appearing online reaching nearly a billion in the first 24 hours. Within minutes of the reveal, Elon Musk congratulated Ford on twitter. 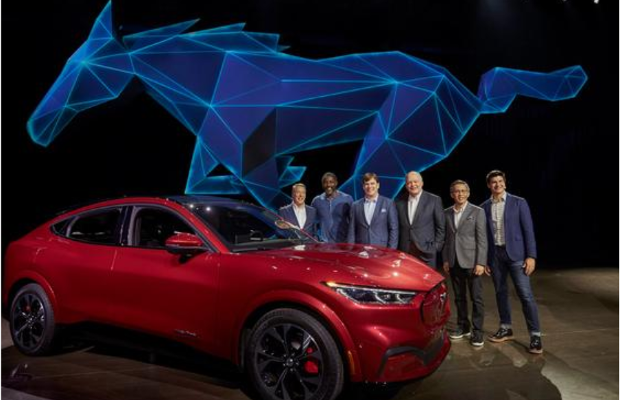 But the launch event did not end there; the Mustang Mach-E was revealed on the Jimmy Kimmel show, before introducing it to 200 Mustang fans at Fox Studios, who posed for a photo electrifying their beloved pony. Mustang Mach-E then made its auto show debut at LA AutoShow where it will be showcased 30 times a day. Here there is the opportunity for visitors to configure and place a registration deposit for their vehicle, as well as being able to share the reveal moment by creating a video of them revealing the vehicle to share on their social channels.
Alistair Wilson, managing director of Imagination said; “Mustang is more than a car, it's a part of culture. Our job was to not simply launch this car, but to celebrate its future and welcome a new pony joining the Mustang stable by sharing this vehicle’s incredible story with millions around the world. Not only was the TV show experience electrifying but the media coverage and social conversation generated have been truly outstanding.”