Mario will receive a scholarship to attend Commercial Directing Bootcamp 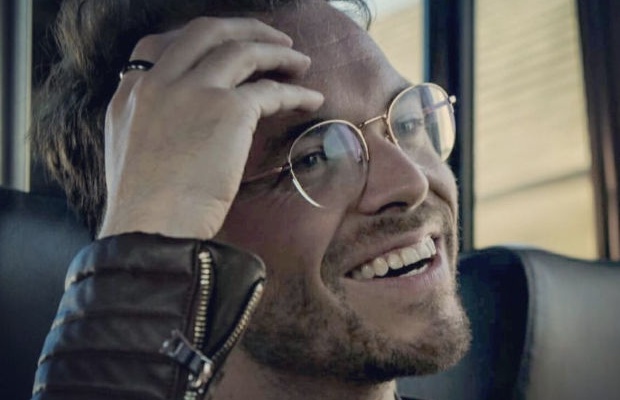 “Programs like the Superlounge Diversity Award really help under-represented Latinos,” said Garza, who is originally from Mexico and has lived in the US for ten years. He has spent the past seven as a copywriter at agencies such as Wieden & Kennedy, BBH, and Media Arts Lab. “Nobody tells you how the commercial directing world works; it’s hard to navigate even when you work in advertising,” said Garza. “Jordan’s Bootcamp is the one way I’m aware of to get transitional guidance when you want to make a formal leap into directing for brands.”

“It all starts with the script, so Mario's background as a copywriter positions him to be a great director, that is already crystal clear,” Brady observed. “His directing work shows he can crank out spots while maintaining quality in the filmmaking. My hope is that I can help him navigate the waters of a long term career.”

That career is firmly rooted comedy. “My philosophy is simple” Garza said. “If it doesn’t make me - and the viewer - laugh... what’s the point?” Currently a director and copywriter at coupons and savings startup Honey, Garza has helmed 15 spots in the past year. One, titled “Drama,” is a humorous take on the unnecessary frustrations caused by other coupon companies. The closest his work comes to real drama is “Comedy Nightmare,” a PSA for HBF that makes a serious point and is set in, you guessed it, a comedy club.

“All good directing starts on the page, and I can clearly see Mario's copywriting on screen in his spot work,” said Brady. “I know he'll be able to add his comedic herbs and spices to other agency's scripts too.”

Garza was born and raised in a small city close to México City called “Toluca,” known for its amazing chorizo. After spending an amazing childhood in Mexico, he came to the United States to pursue his dream of being a feature film writer, producer and director. He received a scholarship to Florida International University, and graduated with a Bachelor’s in Advertising. He he worked with some of the most creative minds at the best agencies in the world, while living in Miami, New York, England, Portland, and now in Los Angeles. Since 2016, he has written and directed five award-winning short films and several music videos. He co-founded KoolShiit, a production company based in Los Angeles with his longtime partner Sarah Gamazo.

Garza has taken Masterclasses with Mamet, Scorsese, Samuel L. Jackson, Ron Howard, Aaron Sorkin, Helen Mirren, and more. He is currently enrolled in the prestigious Screenwriting Certificate Program at UCLA, was recently selected as part one of 20 Filmmakers of tomorrow at the Hola Mexico Film Festival sponsored by HBO and is now preparing his first feature film, Censored Love, set to shoot on location in Spain this year.

The next Commercial Directing Bootcamp will take place on Saturday June 15th, 2019 in Los Angeles.

Aspect Ratios in the Digital Era