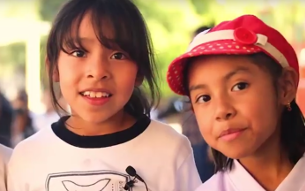 Nowadays the walls are rising up all over the world, but nothing comes of it.

Divisions make us think we are different. One example is Mexico City, one of the most populated cities in the world - more than 20 million habitants, according to UN data. A place where distances become walls that separate, divide and even become borders.

To shorten those distances and knock down the walls between all children of Mexico City, Papalote Children's Museum created the The Wall Breaker Rope; a game which allows to join children from the most distant parts of the city.

This campaign was developed altogether with FCB Mexico under Humberto Polar’s creative leadership, who is the EVP Creative of FCB Mexico and commented that through innovation, technology and creativity they were able to place two machines, each of them with a rope and an interactive system synchronisation. One of them was situated in a private school in an exclusive area of ​​Mexico City and the other 43km away, in a public school in a marginalised area.

Thanks to this game, the The Wall Breaker Rope, that was never seen before, children at the opposite ends of the city, regardless of their socioeconomic conditions, played with each other to have fun and get to know each other. But the most important, was that children could learn that They are essentially the same, highlighting the value of friendship.

It`s important to highlight that Papalote Children's Museum recently developed an impact 360 communication campaign to announce its renewal under the motto “toco, juego y aprendo” (touch, play and learn). These actions are part of it.

News from FCB US

Cannes Contenders: The Work to Watch from FCB

Work from FCB US