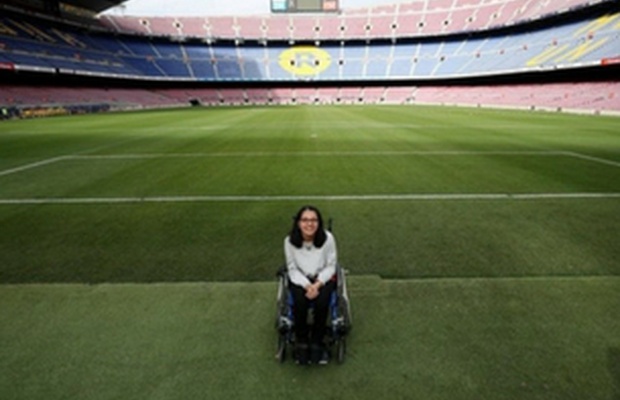 There are stories that, when you hear them, they remove you, and when Jorge Martínez ("Pills against the pain of others", "The guitar flies" ...) told us about the Nujeen project, I felt it was an adventure that we wanted be part of

Nujeen Mustafa is a refugee who has just turned 18 years old. Like many other people, Nujeen fled the war he had in his country, but the difference is that he was in a wheelchair, because he has cerebral palsy from birth. When they got off a pneumatic boat on the island of Lesbos, they took a picture that became world famous.

Finally, after a journey of more than 5,000 kilometres, he arrived in Germany, where his older brother lived, but during the trip to his family and his parents he had to stay in Turkey.

Currently, he has just published a book telling his story and is preparing to be a brilliant student, with the responsibility of representing refugees.

She is the protagonist of our last work with Diego Postigo.

A roadmovie in which the film crew toured Europe and the bus so that Nujeen fulfilled one of his great dreams: visit the Nou Camp and meet the players of his favourite team, in an action designed and developed by Jorge Martínez for FC Barcelona

It is something that makes us feel good to talk about refugees in the newspapers.

Let him sponsor the football team, even better.

National Geographic Takes You Further with These Idents from Garlic