Everbest Reveals an Eclectic Cast of Characters in Stylish Campaign

Momentum Singapore turns to The Tankers for production support 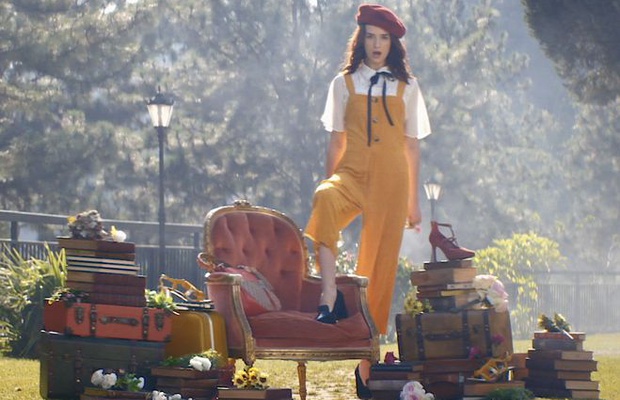 When Momentum Singapore contacted Pete Singh of Malaysian based production company The Tankers to produce Everbest's latest Fall Winter Collection of 2018, he knew straight away that the production needed to showcase class and quality.

The project was through their direct client, Everbest Indonesia, and two films were created, showcasing different characters that personified the products set against a quintessentially English backdrop.

One of Malaysia's strengths as a production service hub is that it is not only good value, but the skills and craft in executing quality work can be found everywhere - from locations, crew, the DOPs, the set builders and the art department.

"The collaboration with Tankers was a fun and exciting experience. Everyone gave the best from pre-production to the actual shoot. I believe that it was a great collaborative moment for everyone," said Winfred Kwan, the director. "This is the second time that we've worked with Everbest, and each time, we were given the imaginative freedom to create something fresh to deliver and present to the audience."

The shoot schedule was tight and gruelling. Shot over one day, the main challenge was time, but the ability to shoot a number of spots in one location made it achievable.

"Given the nature of the boards, finding the ideal location wasn't easy, but the Tankers did an amazing job in finding one," said Kwan. "It perfectly set the tone of the film, along with the styling by Evon Chng and good art direction, the visuals turned out fantastic. My producer Cheryl (Tiah) and assistant director Shane, together with the entire crew, pushed on and made sure everything works out, and I'm proud to say that it did.

"As the concept was creating a fictitious family, and good casting was also important as we needed talents that had specific nuances to fit the role. Tankers was efficient in helping us find the right people to fulfil the roles and everything worked out beautifully," Kwan continued.

The campaign was lensed by director of photography, Simon Chin, and being shot on Lomo Anamorphic lenses gave the film a premium fashion European visual aesthetic as intended.

"Murphy's Law states 'Anything that can go wrong will go wrong', and unfortunately it happens often on shoot. But I'm grateful to have a strong team that overcame the obstacles calmly and efficiently. Our client was pleased and they also enjoyed the shoot, even staying until wrap time in the wee hours of the night. It was truly an enjoyable experience," concluded Kwan.

More from The Tankers