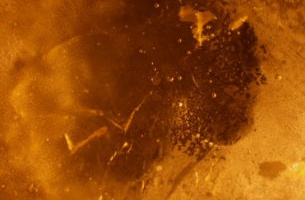 A striking film in which a mysterious wonder product features in hypnotic sequences of teasing shots before its identity is revealed as honey sits at the heart of a new campaign for Rowse honey, created by BMB London.

Directed by Jason Lowe at 2AM, the 30-second commercial – which features music from Mercury Prize-winning Album of the Year award winners Wolf Alice - is intended to show honey as it has never been shown before to remind people of its extraordinary features and benefits.

Presented as a golden liquid with almost mythical properties, swirling, drizzling and shimmering across the screen, the suggestion is that the mystery product - 100 million years old, intrinsic to the survival of the planet and, somehow, approved by the queen – is almost too good to be true.

Only at the film’s end is the product identity revealed to be the everyday wonder food that is Rowse Honey.

The commercial, supported by a ten-second cut down, digital OOH and social media activity, marks a repositioning of Rowse Honey as the original wonder food made exclusively by nature.

The campaign is a bold and confident new approach in an increasingly health-conscious world - where consumers are searching for products that have a positive impact on the environment - by the UK’s Number 1 spread brand to wrestle momentum back from own label rivals.

It also highlights Rowse’s ongoing commitment to protecting the bees and improving livelihoods through bee farming, both here in the UK and abroad through its new Hives For Lives programme.

Matt Lever, CCO at BMB London, said: “It’s rare to work on a product with such an unbelievable back story. If you invented honey today people wouldn’t think it was real. This campaign will hopefully remind people that in this natural obsessed world, there’s no better product than Rowse.”

Catherine Allen, Marketing Manager at Rowse honey, said, "The new Rowse campaign will highlight how unbelievable honey is, it’s an everyday wonder food! We feel confident that this approach will drive disruption in the category and continue the strong growth momentum for Rowse honey, which has seen double digit growth over the last 3 years!"

Petrol Heads Get a Cinematic Makeover in This Hyundai Ad