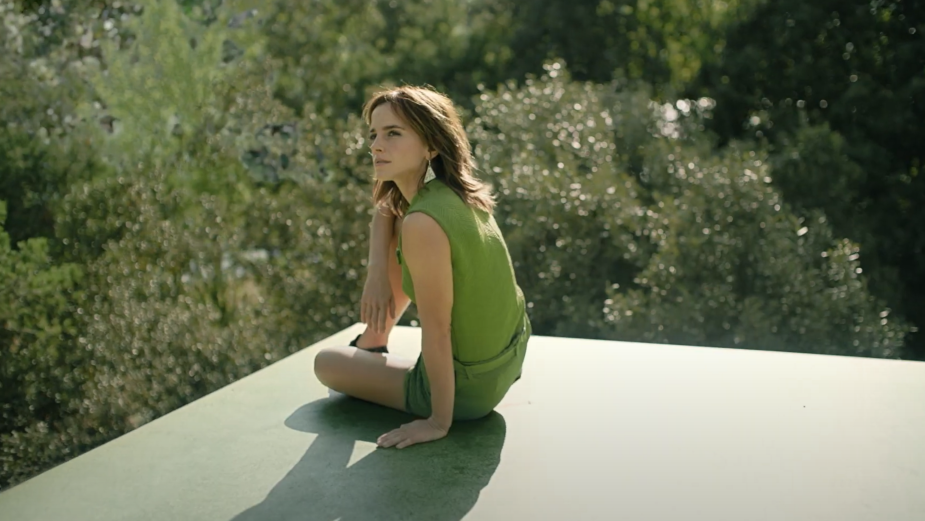 Prada announces the worldwide launch of Prada Paradoxe, the new women’s fragrance that celebrates the multi-dimensionality of a woman impossible to frame. The campaign features Emma Watson, who plays both the starring role in the film short and makes her directorial debut in realising the film.

The campaign celebrates the myriad unique elements of every woman that come together to create an authentic, ever-evolving whole: a woman that is never the same, yet always herself.

Starring award-winning actor and UN Women Goodwill Ambassador Emma Watson as the conductor of her own symphony of dimensions – the performer, the activist, the actor, the woman – in a dynamic, revelatory short capturing the empowered spirit of Prada Paradoxe.

“I think it was serendipitous that Prada came to me with this project. It was around the time when I had really made a decision in my heart and my head that I wanted to direct – and I found the concept of being a woman who is a paradox so compelling. I hope that the values behind Prada Paradoxe give women a little more space to celebrate themselves, to know that it’s ok to be complex and to explore the different facets of themselves that make them the fullest expression of who they are.” – Emma Watson, actor, director and activist

“It is an honour to work with Emma Watson, not simply in the capacity of her acting talent, but in her directorial debut. Prada Paradoxe is inspired by the infinite and empowering facets that make every woman unique and Emma wholly embodies this. Her multiple dimensions and ability to speak to highly engaged generations make her the perfect embodiment of Prada Paradoxe.” - Yann Andrea, Prada Beauty International general manager.

“Our mission with this campaign was to connect with a generation that no longer relates to the concept of boxes - being constrained by boxes, or even being defined by one thing. Today, it's normal to have a plurality in the way that we define ourselves,” said Julien Calot, Chief Creative Officer, McCann Paris. “It's the age of exploring paradoxical attributes of our personalities, all while remaining unique and singular. That is the story Prada Paradoxe tells - someone who constantly reinvents themselves, while staying faithful to their core values.’" – Julien Calot, McCann chief creative officer.

"Lord It's a Feeling" by London Grammar

The Equality Horizon for Brand Britain: Perspectives from the Experiences of People with Disabilities