Nineteentwenty’s new VFX supervisor chats about his career from barman and soldier right through to Kubrick, abstract film and discovering a love of Nuke Studio 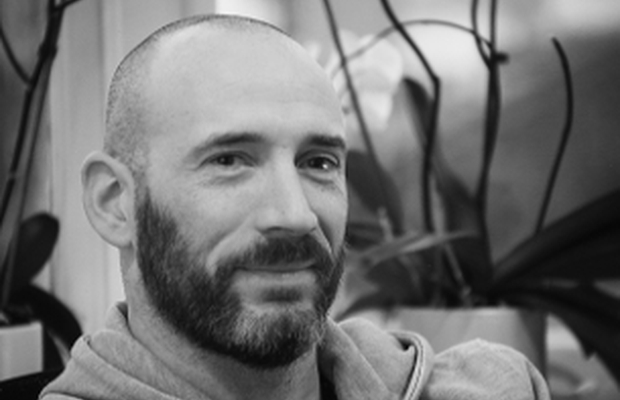 Since arriving in London’s Soho as a fresh-faced teen in the 90s, Duncan has amassed over two decades of post-production experience and lent his expertise to countless high-profile and varied projects spanning across both short form and long form. Having cut his teeth at Smoke & Mirrors where he was mentored by the original founders, Duncan made a name for himself at the forefront of post as a Senior VFX Artist at Glassworks. After 14 years at the London post house, Duncan has accepted the role of VFX supervisor at nineteentwenty.
Here, Duncan reveals his starting point in post, discussing why it’s now more important than ever to diversify your skillset. He reflects on how a more creative way of working, that harnesses technological advancements can do wonders for work-life balance.
LBB> How did you get into post? What was your background before you started running?
I moved to central London at 16 and did various jobs in cafes and pubs like most young people do. I became friendly with some guys at a company called Tomato - who were based in D’Arblay Street at the time. After a year in London, I decided to join the army and trained for the parachute regiment, which I joined shortly after my 17th birthday. An injury during parachute training stopped me from jumping and completing the course, so I moved back two years later and took up my old job at The George on Wardour Street. I got to know (who were to be) the founders of Smoke & Mirrors. I started as a runner with them just after I turned 19 when they were on Shelton Street in Covent Garden and worked my way up through the various positions.
I did a bit of everything during my time there: as well as a runner, I was an office manager, and even a labourer at weekends – I helped deck out the interior of the building and got all my carpenters mates involved! I spent evenings pestering [Smoke & Mirrors founders] Sean [Broughton], Tom [Sparks], and Jon [Hollis] to teach me how to paint mattes (these were the days before rotoscope). After I got to a certain level they began trusting me with my own projects and that’s what I did before flying the nest and moving to Glassworks.
LBB> What are your most memorable projects?
There’ve been a lot over 15 years! I did a project with Warren Du Preez and Nick Thornton Jones, a pair of photographers that I collaborate with often. It was a short piece called ‘Sick Lullaby’, commissioned by UNKLE’s James Lavelle, that acted as an opening film for the Meltdown Festival on Southbank. It was then selected and extended to be displayed at the Daydreaming with Stanley Kubrick exhibition at Somerset House last year. It’s quite a fantastical piece that takes you on a journey through different worlds. There’s one that has an underwater vibe, another that feels like it’s on the clouds, and one that feels like it’s at the heart of the earth, so hot and burning that it could even be hell. Artistically, that’s one of the things I’ve most enjoyed collaborating on.
A few years back, I did a whole series of jobs with the director Johnny Green for various brands like Mercedes, Royal Mail, and Sony. He’s a very talented guy and pretty much everything he does looks lovely. I always enjoy working with him. That sort of project is what I take most pleasure in because it’s less a job then. 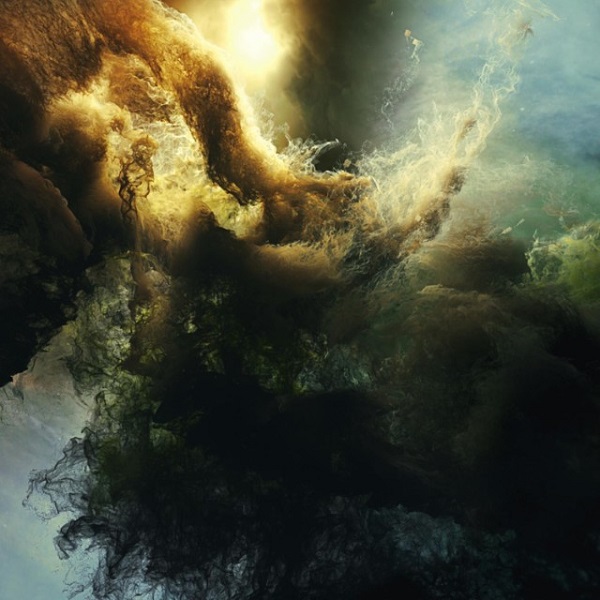 LBB> How would you describe your style? Artistically do you have any preferences?
It’s a hard question because what we’re asked to do can vary so much from job to job. I prefer things that look real - whether they be completely fantastical or imaginary - like the 'Sick Lullaby' project with James Lavelle that I mentioned. I also like working on projects where you can’t tell that anything’s been done. Sometimes, that can be more technical like removing elements and restructuring, for example if you’re designing something. I also like very abstract things and experimenting with the effects of light and texture.
LBB> What led you to join nineteentwenty?
I’ve known Ludo for years. We met in Cannes when I was still at Smoke & Mirrors and he was at Glassworks and we kept in touch ever since. He was actually the one I contacted when I took the leap from Smoke & Mirrors to Glassworks. When it comes to nineteetwenty I think I felt ready to embrace the next phase in my career and it just so happened that the guys at nineteentwenty were expanding and looking for someone with my type of background experience. It just seemed like the right fit and an amazing opportunity to get involved in a completely fresh way of working.
LBB> nineteentwenty uses Nuke Studio as opposed to Flame. Were you familiar with this system before you joined?
Yes, it actually played an important role in me joining the team here. Luckily, I’d been finessing my skills in Nuke Studio for some time before this opportunity came up.
LBB> How is Nuke Studio different to Flame?
It’s a combination of the compositing tool and the editing tool, Hero. It allows you to do a whole project rather than just shots. The film industry adopted the software quite a while ago but bizarrely it’s never really taken off in the commercial world.
I was drawn in by the benefits of Nuke Studio whilst I was at Glassworks. as I was interested in exploring ways of becoming more efficient - especially in this environment, where budgets and time limits have been squeezed.
LBB> Was it a big transition moving from Flame to Nuke?
I’ve used Flame for most of my career. I was taught by people who were pre-Flame, so when it came to introducing myself to Nuke Studio I really had to wean myself off Flame. It’s funny because of the way I was taught I’m probably the last person that people in this industry would expect to embrace something like this - but I absolutely loved it.
I guess at the time it felt a little like driving abroad: you know how to drive but it’s like you’re trying to change gear in your glovebox and looking in the wing-mirror instead of the rear-view. It’s just a matter of getting used to it. For me, I saw the potential of how powerful a tool it is and how closely interconnected it is with the 3D department and the telecine department. You end up with an unbroken circle, whereas Flame is a bit of an island. Because I’d used the same piece of kit in the same way for such a long time, it was like finding a whole new set of toys!
LBB> What are you looking forward to at nineteentwenty?
I’m really looking forward to building new relationships as well as consolidating existing ones. nineteentwenty is open to any type of work, whether it be long form, shots on film, film titles, or for artists and exhibitions. These days, it’s crucial to cast your net wider. I’m looking forward to everything that’s to come.
LBB> How do you find the London / Bristol set up here?
It’s brilliant. The way Ludo and Scott have set up nineteentwenty is seamless and so efficient. They’ve developed a model that works for the fast-changing times that we live in. And sometimes it is simply more effective to build a new model than adapt an old one.
I love the way that tech is allowing creativity to spread. It decentralises everything from having to be in London. Aside from the personal cost of renting or buying a house in the city, it makes so much sense for companies because floor space in London is a huge overhead.
They’ve proved here that it’s a successful model. I haven’t actually been down to visit the other office yet but we’re so closely connected that when we’re working together remotely, it feels like they’re only on the next floor.
LBB> Did you work much remotely before you joined here?
I did. That is one of the things I found great about Nuke Studio. Rather than having to stay at work in the evenings or come in at the weekends, I could just log into my machine from home and the speed would be adequate for me to get the job done. This wouldn’t have been possible with Flame because you’d have to physically be where the Flame was - it was the only way of doing it. I have a family, so it made such a difference to how I can balance my work-home life. I think it’s great.
LBB> Do you think this reflects a wider shift in the industry?
Yes. that’s what I find really exciting about the way the nineteentwenty guys think about the industry and where it’s headed. They utilise improvements in technology to make us better at what we do. The more time you can spend making something look beautiful, the better the result - and if you can have a life as well, then that’s ideal!