Dairylea Celebrates the Curiosity of Kids in Charming Campaign

Campaign from VCCP focuses on the small, playful moments of wonder when kids have time to themselves 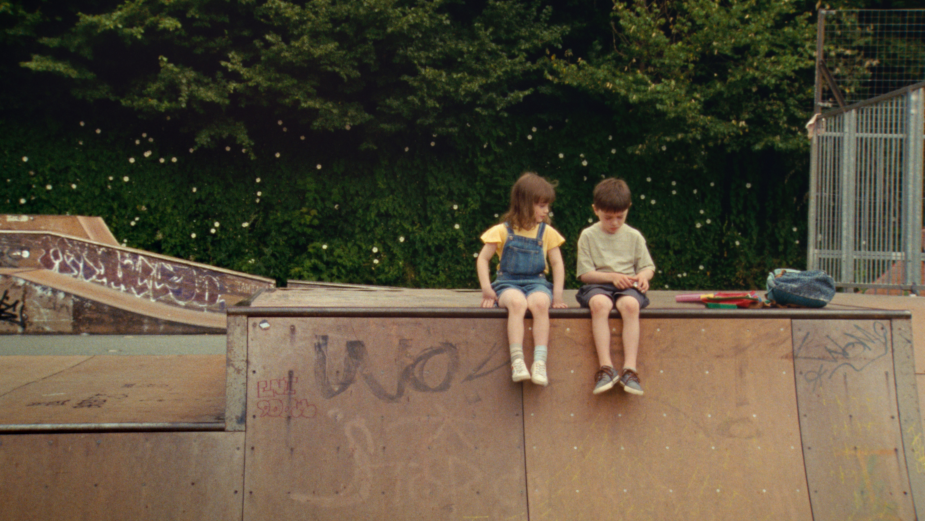 Dairylea, the snackable cheese brand adored by kids and families for generations is back today with the latest chapter in its ‘Set them free with Dairylea’ brand campaign, which champions pure, playful moments of childhood.

Dairylea worked with agency of record, VCCP London, to mastermind the new integrated campaign offering parents a glimpse into the wonderfully curious world of kids. The new creative launches with a hero 30 second film which was inspired by the wonderful things that happen when kids are left to their own devices.

Directed by THIRTYTWO, the film captures a young boy and girl running up and down a skate ramp at the local park, trying to get to the top so they can enjoy a couple of triangles of Dairylea together. The young girl ponders ‘Why do they make them triangles?’ and her friend responds with ‘So they don’t roll away’ as they gaze down the ramp before the little girl slides down. The film finishes with the hero campaign strapline ‘Set them free with Dairylea.’

Recognising how relentless modern life can be for children, and how there can often be pressure for kids to be engaged in ‘constructive’ activities, rather than good old fashioned play, the new campaign gives parents a treasured peek into the true essence of simply being a kid, moments that Dairylea, a little cheesy triangle that kids can take anywhere and eat any way they please, is made for.

In a market dominated by surrealism and cartoon characters, the new campaign aims to be truly distinctive to parents of kids aged 3-10, by telling relatable, lovely stories in the real-world, told from a kids-eye-view. The beauty of Dairylea is that the little, cheesy triangle is perfect for pure moments of childhood, when kids are given the time and space to play, explore, and work things out for themselves.

Discussing the new campaign, Ria Rianti, senior brand manager at Mondelēz International said: “Dairylea is made for moments of freedom, in the hands of curious, little kids. It’s the perfect snack for them to enjoy, take anywhere, and eat any way they please - even perched on top of skate ramps. A little piece of independence which evokes the true meaning of childhood, ‘Set them free with Dairylea’ showcases the pure magic of kids just being kids.”

Adding to this, Caroline Rawlings, Creative Director at VCCP London said: “Delighted that we’re able to show the little folk being set free with Dairylea. Precious little moments where, crinkly foil wrapped squishy cheese triangle in hand, children are given that crucial amount of independence. Allowed to make their own decisions, find their own boundaries, use their imaginations and learn from (adorable) mistakes. I don’t think it’s easy to authentically capture these very quiet little moments that we as adults so rarely get to witness, so I’m jolly pleased we had the VCCP team, clients, photographer and masterful directors that we did. Proud.”

‘Set Them Free with Dairylea’ will be supported with a holistic media campaign run in the UK and ROI for eight weeks from today. Designed to engage with parents, as well as remind wider adult audiences of the magic of being a kid, it will bring viewers into the world of Dairylea by showcasing the 30 second film in video view driving environments in TV (Ireland only), VOD, and Online Video, while also being supported with a national OOH campaign and multichannel social & digital comms. Media has been planned and executed by Carat.