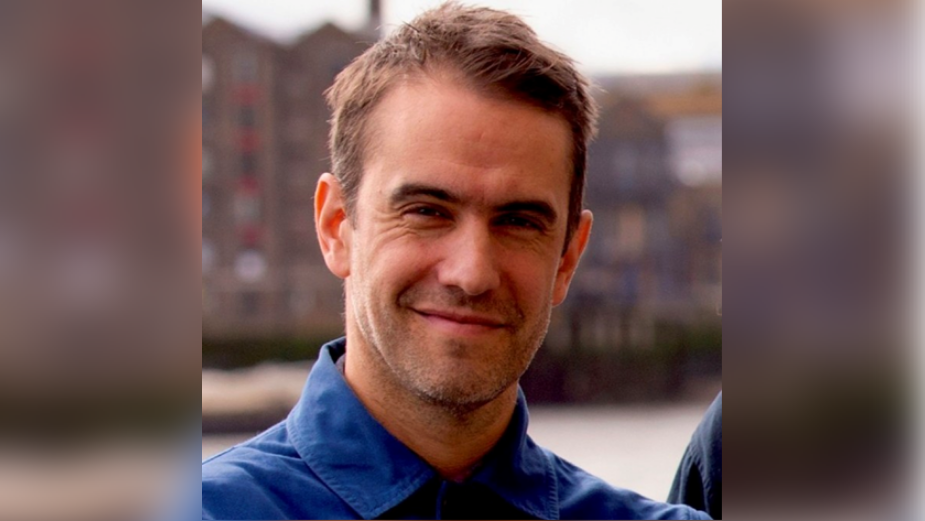 Alastair Mills is joint ECD at Impero, which he joined in 2020. He was previously creative lead for Huge at Google ZOO, on a freelance contract.

He has also held roles at FCB Inferno, AKQA and Iris, working on brands including Starbucks, Oreo, Nissan; and the Cannes Award-winning Vodafone Firsts, among many others.

I see myself as a kind of poor man’s polymath, or if you prefer, jack-of-all-trades. You need to be in advertising. What that really boils down to is being interested in almost everything. When you’re interested in almost everything, you become a sponge for useful information (there’s no such thing as useless information). In some cases, you try things out yourself, and develop new interests and skills. When I was starting out in life, I was forced to try new things by my various overlords. I was lucky that most of these things were enriching in some way, such as playing an Oompa Loompa in a school play. But it all adds up over time and builds your personality and knowledge bank. Variety is essential – which is why the social media echo chamber needs to be imbibed with a pinch of salt (like tequila).

I’m full of contradictions – at times extrovert, other times keen to be alone in my pleasantly relaxing company. I’m musical, with an interest in everything from Gregorian Chant to UK Drill. I like to dabble with the violin, bass and drums. I paint pictures, play shove ha’penny and climb mountains. I love great design, rubbish fan art, history, fiction, pot-boilers or Booker Prize winners. I don’t like bullshit or self-indulgence, unless it becomes funny by accident. Essentially, I see value in most things, and it’s from there that I find inspiration.

Creativity is both innate and learned. You need to flex the muscle to get stronger, you need to learn and develop. I believe good creativity is like a conversation with the world (and we all know what it's like getting caught in a conversation with someone who only talks about themselves). The mountaineer Andy Kirkpatrick said recently, that when he’s recruiting for expeditions, he discounts people with too many selfies on their social media. I like that – I face my camera, microphone and nose outwards at all times, sniffing, listening and looking at all things. There’s an embarrassment of inspiration out there.

When I look at a creative piece of work, I first try not to think too analytically. Do I like it? if yes, does it answer the brief? Does it do what it’s meant to do? In a perfect situation I feel genuinely surprised. In fact, with all good work, if it surprises you, then it’s creative.

People have a tendency to unknowingly convince themselves that people care about what they’re putting out into the world. People will care if it’s interesting. Right now it often seems like the industry is either a bit embarrassed or has no shame. Neither makes for great work, but this is a truly exciting time to be in the creative world. We’ve never had such a wide array of strings to our collective bow. From an increasingly diverse workforce to an ever-growing array of channels and fast-moving trends. I’m always looking for that in work – something from a different point of view from my own, drawing from different experiences and interests, or from a different interpretation of the world.

I like to start a creative project by thinking fast and capturing it all – too much self-editing is counterproductive. I encourage team members to get everything down as soon as it pops into their heads – because all too often I’ve lost ideas by thinking it’s so memorable I’ll never forget (I always do). When I worked at Google we’d often use 'Crazy 8s' which was a classic design-thinking technique for generating ideas at speed.

I’m deeply suspicious of 'brainstorms' – they often result in a large group creating ideas less than the sum of its parts. Quiet ones stay quiet, loud ones dominate and you end up with a creative blancmange. That said, working in pairs is often extremely productive. I remember many prolific idea sessions with previous creative partners, and at Impero I will often get hold of someone from strategy or creative to help push an idea forward. When hitting a creative wall, I’ll go out for run. For some reason that always delivers – maybe it’s something to do with the discomfort pushing the thought process into the semiconscious (hopefully The Lancet will quote me on that).

The process of getting an idea to its optimal end, for me involves many brains – great designers, brilliant producers, planners and account people. There should be an atmosphere of happy collaboration, where everyone feels they can contribute - but never a process of creating by committee. Two very different things.

I grew up in a Cumbrian valley with minimal influence from the outside world, a fairly typical childhood for the 1930s. It meant that I had to come up with ways to entertain myself for long periods of time. Along with my brother and two other grubby children, I spent school holidays with a 30ft cheap nylon rope and a knife on my belt, climbing, digging, making fires and causing mischief. On other occasions we would help the local hill farmer deliver lambs, and when I was indoors, I would paint, draw, make outfits for my panda, write plays and when I was a bit older, make dystopian music about dark subjects.

Being forced to use your initiative and entertain yourself at a young age is a perfect foundation for future creativity. You have space to develop your own approach to the world. I remember my mother saying “if you’re bored, you’re boring” – and I think that’s true. Now it’s even easier to entertain yourself and others – with a battered old phone you can make music, films, digital art, animation, comedy and get an immediate audience. That’s an incredible tool to have.

I think the most important thing to keep things fresh in the industry from both a client and agency perspective, is have a diverse workforce, harvest the unique experiences people have had, keep an open mind and listen to them. Encourage them to look outside their usual interests and stay interested. As soon as the work becomes a box ticking exercise, the fun will escape.

Pioneering Wellness Brand, Honibe Appoints Impero to Create a Buzz in the UK
View all News