AnalogFolk London campaign leverages the power of music, digital and social working together to give a platform to unsigned music artists. 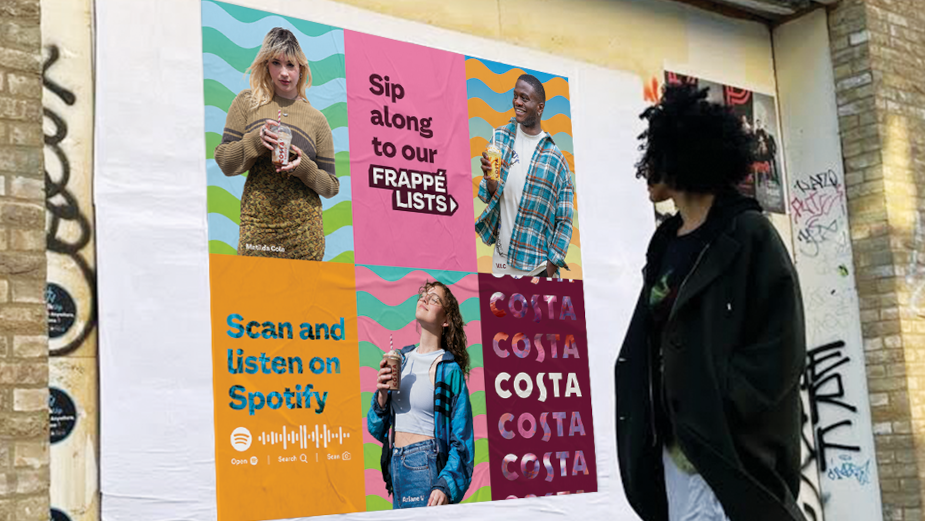 Costa Coffee, the Nation’s Favourite Coffee Shop*, has launched FrappéLists, a social media and OOH campaign to celebrate the launch of their biggest and chilliest summer drinks menu, featuring their creamy new Frappé range, which is helping to nail their stake in the blended iced drink market.

Created by independent global digital creative agency AnalogFolk London, FrappéLists aim to provide Gen-Z with a soundtrack for their Frappé loving summer of freedom, while giving a huge platform to unsigned music artists that need it after the break in performances after Covid-19.

FrappéLists was born from insight that this is the UK’s first ‘restriction free’ summer for two years. Young and old alike are in a mindset to make up for lost time by seizing each and every day and making the most of it. Costa Coffee aims to get people outside with a Frappé in hand and a curated playlist in their ears, as the perfect trigger point for a day of summer enjoyment.

The FrappéLists have been activated in a series of videos directed by celebrated music video director Jake Jelicich (Niall Horen, Dua Lipa, James Bay) which are playing out now across Facebook, Instagram, Twitter, Snapchat and TikTok, scannable fly-posters and live performances across the UK. All live collateral - posters, stickers on drinks, screens and even temporary tattoos - are scannable, pointing people towards the exclusive playlists.

The FrappéLists can also be found on Spotify and by scanning the Spotify code in Costa Coffee stores.

Kirstey Elston, Costa Coffee marketing director for UK & Ireland says, “Our gen-z audience have been eagerly waiting to experience a summer since 2019 and Costa Coffee’s biggest ever summer drinks menu is here to help bring some ‘Frappé-ness’! This campaign leverages the power of music, digital and social working together, and has created a fun experience to form a soundtrack for this summer, alongside our wide choice of amazing cold drinks across all of our platforms.”

How Canesten Undressed the Truth about Vulvas

Canesten Strips Away Intimate Healthcare Shame with ‘The Truth, Undressed’
View all News