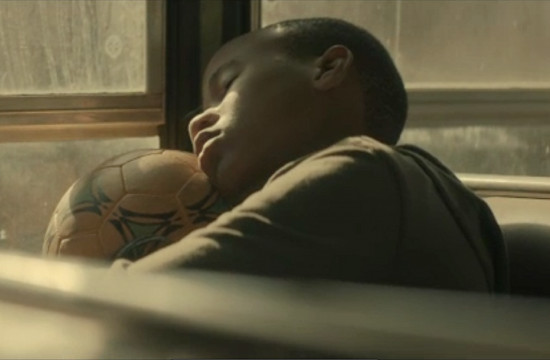 Coca-Cola has been a proud sponsor of grassroots football for 25 years. What started in Zimbabwe in 1988 was formalized under Copa Coca-Cola in 1998, when it was first launched in Mexico. The aim of Copa Coca-Cola is to create the world’s largest and most inclusive football grassroots program. The global initiative gives millions of young football fans the opportunity to come together and celebrate their passion for football.  Its purpose is not only to encourage teens to lead a more active life through sport, but also to demonstrate that sport goes beyond games and means team spirit, camaraderie and respect.

Having premiered in Egypt, the TV spot supporting the campaign engages teens, and delivers the message: “You give up everything for football.  Now football will give back to you”.  It recognizes teens’ passion and love for football and how they happily give their days and nights for it. It promises teens that football will give them back through Copa Coca-Cola - a platform that gives them the chance to live their passion for football, and recognizes them for it.

The Copa Coca-Cola communications campaign was led by Ogilvy & Mather Brazil and a multicultural team from Coca-Cola Eurasia Africa Group, Middle East and Atlanta.  The TV spot’s production work was carried out by Stink Productions, under the direction of Jones and Tino, and the post-production was done by The Mill/NY. The shoot took place in South Africa, at diverse sites across that country, as well as in São Paulo, Brazil.

“Our purpose with the campaign is to talk directly to those teenagers who relinquish their days and nights for football, who win or lose, do their best for their game and their team. Now they will have the chance to participate in the Copa Coca-Cola, a unique experience that brings together young people from all over the world and boasts a complete infrastructure”, says Paco Conde, general creative director for Ogilvy & Mather.

Paco points out that the Copa Coca-Cola demonstrates Coca-Cola Company’s long-term commitment to promoting Active Healthy Living in communities.  It supports values that will accompany teens throughout their lives: “The learning experience from working in a team and celebrating moments of happiness and optimism through sports are shared values which Coca-Cola considers essential,” Paco stresses.

The campaign consists of film, print and digital media, besides the redesigning of the website and the global fan page of Copa Coca-Cola, and will be leveraged in 40+ markets globally.