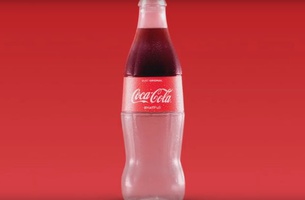 Romania ranks amongst the top ten unhappiest countries in Europe, according to the 2018 World Happiness Report from the United Nations. This general pessimism of Romanians is influenced by the fact that the number of negative news stories reported by the media largely outweighs the number of positive, leaving people feeling disconcerted and isolated.
Coca-Cola is the brand that believes in bringing people together through positivity, so its latest campaign from McCann Worldgroup Romania aims to turn attention towards the overlooked positive news in Romania: The Romanian high school Olympians who won 255 international medals in 2018; the number of tourists visiting Romania that grew by more than 6% in the past year; the fact that 1 in 4 people working in Romanian IT field are women, and many more.
A packaging innovation has made it possible for the new 'Half Full' Coca-Cola bottle. Literally full from the half up, the special bottle also displays positive news about Romania, selected by a team of journalists.
Simona Suman, creative director MRM//McCann, says “Positive stories happen every day, but because of the predilection for the sensational, these stories are mostly under promoted, in favor of the negative. This is not just a local phenomenon, but a global one. Through the half full Coca-Cola bottle, we made people aware of the choice to be optimistic, by deciding to focus on the half full side.” 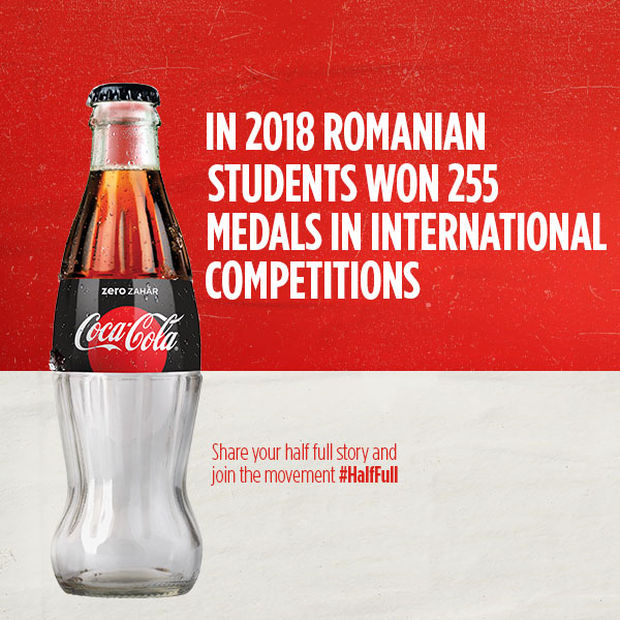 Iuliana Nedelcu, marketing manager Sparkling Soft Drinks, Coca-Cola Romania, says “Optimism and positivity are at the heart of the Coca-Cola brand, and what better way to launch a conversation about seeing the half full side than through Coca-Cola’s most iconic asset, the glass bottle? We believe this idea has the power to make a true impact, and the reactions & engagement with the campaign so far are a testament of its success”.
The Half Full bottles have appeared in contextual outdoor (OOH) displays, online videos, social media and online banners on the most popular news sites. The bottles were also sent to 200 top Romanian influencers and KOLs. 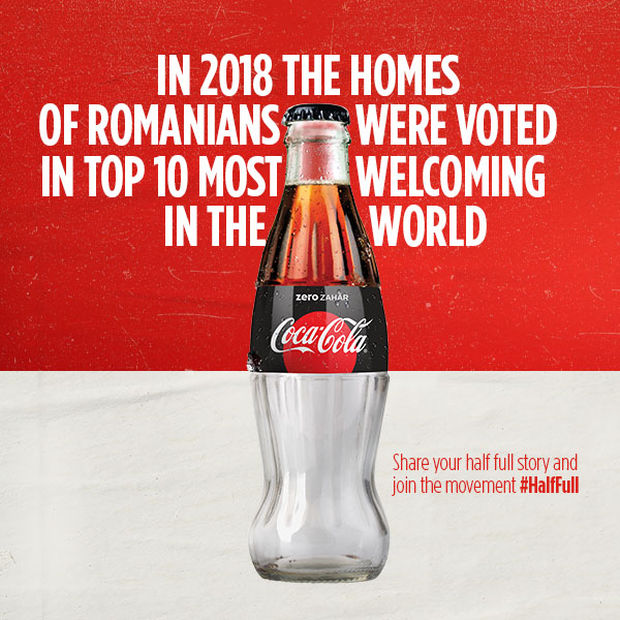 Consumers could create and order their own collectable Half Full bottles using a chatbot on the Coca-Cola Facebook page. Coca-Cola is also working with Romania’s biggest media outlets to implement a permanent 'Half Full' section in their news programs.