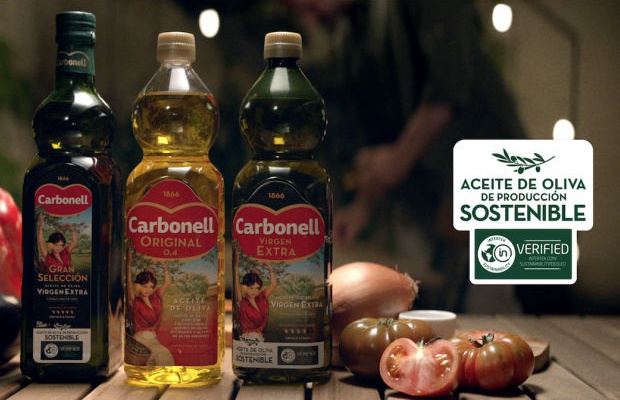 Carbonell, the olive oil brand belonging to the Deoleo group, has launched the new 'Aceituneros' campaign to endorse the role played by the country's small-scale olive oil producers, paying homage to their work “because, without them, we wouldn't eat as well as we do.”
The spot, created by &Rosàs, has been made by Daniel Eceolaza and produced by Zissou. It depicts the Sierra Grande of Hornachos, in Badajoz, and Cordoba's Sierras Subbéticas, two of Spain's most impressive and traditional olive-growing landscapes. It depicts the region's farmers and specialists, the real people who work in these traditional olive groves day after day. Several of these professionals, experts in growing olives and producing olive oil, also explain their work in 'Aceituneros,' highlighting the importance of ensuring the sustainability of traditional agricultural methods, not only in environmental terms but also socially and financially, constantly striving to achieve a higher quality product.
The campaign is made up of 7 TV spots, 16 branded content formats and 4 graphic pieces, with a media strategy developed by Zenith and a communication strategy by the Omnicom PR Group.
“As a brand, Carbonell aims to restore our pride in time-honoured actions, which have a lot of value and define our culture and approach to life. Last year we paid homage to the typical food of each region in Spain and, on this occasion, we want to pay homage to our anonymous farmers because, without their oil, we wouldn't be what we are nor would we eat as well as we do in Spain”, says Francisco Rionda, director of marketing and trade marketing at Deoleo España.
Nacho Ginestra, creative director for the campaign and head of creativity at the Madrid office of &Rosàs, says: “With 'Aceituneros' our aim is to highlight just how committed our farmers are to their product and especially to a particular way of doing things. The fact is, the oil they produce ends up in 95% of the dishes we feel so proud of in our country.”
The campaign raises awareness of the project to boost sustainable olive oil production, supporting and working together with 96,000 local olive-growing and milling families, in order to guarantee the sustainability of traditionally produced olive oil. This project has been in operation for several years now, resulting in the Carbonell extra virgin olive oil being certified as Sustainable Production by Intertek, a world leader in quality process audits.
The Deoleo group has also recently launched the 'Let's Save Good Oil' platform, with in-depth information on the social, economic, environmental and quality implications of the sustainability project and the importance of finding a new and more sustainable approach for the category. Now it's applying the project to its Carbonell brand with this communication campaign. "We wanted to transcend the brand's scope and encourage a positive impact on our environment, mobilising the olive oil industry and also consumers to protect something that lies at the heart of Spain's economy, culture, gastronomy and image, namely Good Olive Oil, high quality olive oil" explains Francisco Rionda.

This campaign has appeared at a crucial time as traditional olive production is under threat due to the limited profits made by small-scale farmers and the increasing gap between larger production and lower consumption, a problem occurring in the rest of the world as well as in Spain. As a result, 500,000 hectares of traditional Spanish olive groves could disappear in the next decade, jeopardising local varieties and economies and pushing inhabitants towards urban areas, instead of benefitting from the advantages provided by olive grows and local cultures, traditions and flavours, such as slowing down desertification and absorbing CO2.
Given these problems, Deoleo is committed to being a driver of change, inspiring both industry and end consumers to make a switch towards sustainable olive oil and setting itself the target that, by 2025, 80% of its extra virgin olive oil will be produced sustainably.