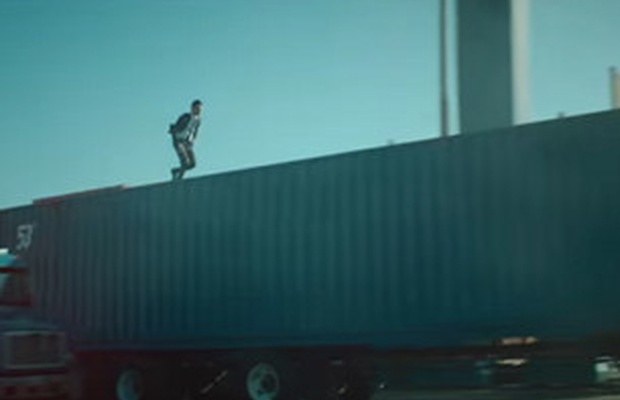 A new integrated campaign for RSM US LLP - previously known as McGladrey - debuted across the U.S. this week from advertising agency Luquire George Andrews (LGA). The campaign centerpiece is an epic :60 spot from Cap Gun Collective director Ivan Grbovic entitled "The Gauntlet”.

Conceived as a compelling visceral and visual metaphor for RSM's world-class tax and logistic consulting services, "The Gauntlet" is cinematic and striking, while also being approachable. In the action-packed story, actor Emil Shevelev plays a modern business owner who runs a real-life gauntlet, navigating obstacles with the kind of real world confidence and expertise RSM helps instill in its clients.

"The metaphor is clear," Grbovic began. "It's a tricky, ever-shifting world out there, but with the right ally, it can be easily navigated. Together with the agency and RSM, we wanted to use an elegant, cinematic visual style to dramatize our hero's thoughtful movements, and his clear sense of purpose, from beginning to end. Every aspect of this film was given careful consideration to heighten the brand's promise – the power of being understood."

To capture all the highly choreographed footage of their hero running full-speed through various business obstacles, Grbovic (who also served as the project's director of photography) and Cap Gun's executive producer Jason Botkin enlisted production services company Les Enfants. Working on various locations in and around Montreal, an ARRI Alexa with vintage anamorphic lenses was used for principal photography, while a Steadicam was used for tracking shots.

The final sound design and score mastered by Barking Owl Music fulfilled LGA's project vision. Without being overpowering, it reflects the expert confidence of the RSM brand and mission with gravitas, while also being calm and elegant.