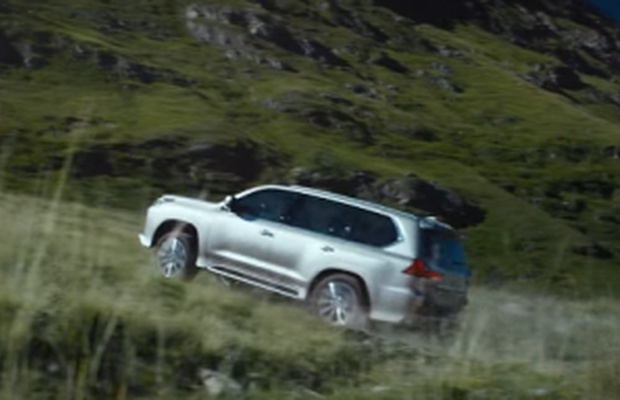 Cap Gun Collective director Daniel Benmayor has reunited with creatives from Team One on behalf of Lexus. The newest collaboration is the national television spot entitled "Different Routes," which is airing widely during prime time, late night, cable and sports programming as a key part of the agency's integrated national campaign for the 2016 Lexus LX.

In 'Different Routes,' the refreshed 2016 Lexus LX 570 sport utility vehicle goes head-to-head in a friendly competition with Lexus' flagship sedan, the LS, climbing a mountain in the iconic Austrian Alps. While the LS demonstrates precision and power by nimbly taking sharp turns on the road, the LX uses its unsurpassed off-road ability to dramatically climb straight up the mountain, crossing the LS's path several times. Both vehicles arrive simultaneously at the luxury resort atop the mountain, demonstrating there's more than one way to the top.

"In this spot, the LS and LX are shown to deliver more than just a driving experience, more than a straight line from A to B," said Benmayor. "Working with Lexus and Team One, our goal was to create a world in which viewers can immerse themselves. To me, not only is this spot very effective in illustrating the brand message, it's also totally engrossing as visual storytelling."

Part of Benmayor's attraction for this project began with the spot's initial "misdirect." That moment's impact was intensified by the opening, showing the pure beauty and grandeur of the Austrian Alps from the air, and the appearance of a black ribbon of pavement winding up the mountain. Sound design, cinematography and editing all played starring roles building intrigue for the surprising moment when the LX crests the rise and explodes into frame, effectively flipping viewers' expectations and setting the hook.

Orchestrating camera blocking, talent performances and sound design, the spot's action continues to keep viewers off balance through to the end. According to Benmayor, Lexus, the LS and LX themselves are the core ingredients. "Every one of our shots was crafted to showcase everything that Lexus has to offer, in ways that feel seamlessly integrated into our story," he said.