Rising director joins for US representation 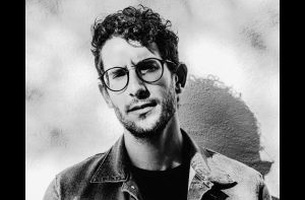 Award-winning commercial production company Cap Gun Collective is very proud to announce the addition of director Noah Paul to their roster for U.S. representation.  Says Cap Gun Collective executive producer Matt Abramson, "We are thrilled for Noah to join us. I’ve been a fan of his for a while now, he has an amazing ability to create stunning, poetic and cinematic imagery.  We were really struck by the quality of his storytelling and his thoughtful and considered approach to the work.”

Born and raised in New York City, inspired by the streets, Noah began as a graffiti artist.  His passion for graffiti began in grade school and led to his future love of design and typography. After graduating with a BFA in Advertising and Graphic Design from the School of the Visual Arts in NYC, Noah began his creative career serving as the Lead Designer for premiere Hollywood film title house, yU+Co.  Following that he became the Design Director and Head of Film for NY culture magazine BULLETT.

As a result of his varied creative background, Noah’s filmmaking is influenced by a craving to create riveting and poetic visuals while maintaining a narrative that always touches the human condition. “My work stems from a very diverse set of interests,” says Noah.  “Past experiences of graffiti, design, fashion, and photography continue to inspire my work as a director.” Though he has a keen eye for cinematography, casting, production design, and wardrobe that drive his visual approach, his true skill is in having the unique ability to find the humanity, authenticity, and truth in every project he touches.

In 2013 Paul was a finalist at the prestigious CFPE/ Shots Young Directors Awards as well as Shoot’s New Directors showcase.  He has also been awarded Best Visual Design at the Webby Awards, Online Video at the Telly Awards and multiple Staff Picks on Vimeo.  Along with honing his commercial filmmaking, Noah was the 2nd Unit Director on a feature film starring Donald Sutherland and Brie Larson set to release in early 2017. His directing career has taken him to over 30 cities across the world working with clients including AT&T, PayPal, Lincoln Motors, Levi’s, and Nestle for agencies such as BBDO, McCann Erickson, Publicis, Havas and Campbell Ewald.

On the U.S. roster for Cap Gun Collective, Noah joins Alex Fendrich, Matt Miller, Mike Warzin and Spooner Bonde.  For commercial and branded content assignments, the collective is represented on the East Coast by Bespoke 360, on the West Coast by Get Reehl/ Get Davis, and in the Midwest by Them Reps, while Reveur represents the roster for music videos.