Winners on the final day of the Cannes Lions Festival come from WeCapital, P&G Whisper, the Kiyan Prince Foundation, 4Creative and Apple 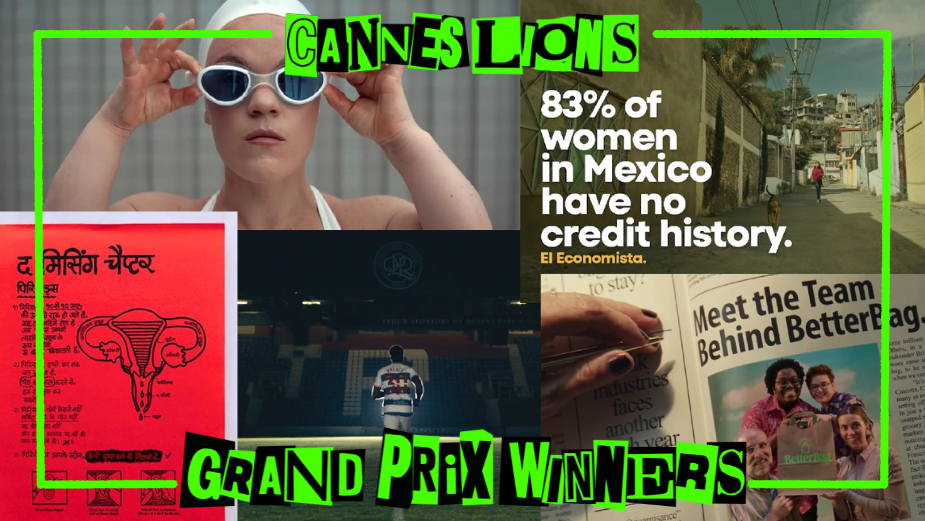 On the final day of the Cannes Lions Festival, winners for the Glass Lion: The Lion for Change, Sustainable Development Goal Lions, Titanium Lions and Film Lions are announced. A total of five Grand Prix awards, 14 Gold Lions, 26 Silver Lions, 44 Bronze Lions and five Titanium Lions have been awarded in these categories for advertising creativity.
Cannes Lions' CEO, Simon Cook says: “Cannes Lions is a global platform, and it’s been an incredible week, as the global creative community reunited in Cannes once again. Our community came together from across the globe, and from every corner of the industry, to drive progress through creativity, for business, the planet, and society at large. I would like to congratulate everyone who entered, who made the shortlists and who won a Lion to set the benchmark for creative excellence on the global stage.”
Check out the final list below and to see a complete list of every winner this year, check out LBB’s Cannes Lions collection.

Having picked up the Creative Data Lions Grand Prix earlier in the week, DDB Mexico’s campaign for WeCapital titled ‘Data Tienda’, has won its second Grand Prix in the Glass Lion: The Lion for Change category. The WeCapital campaign focused on reaching the 83% of Mexican women who don’t have a banking history with established corporations but instead have records with local businesses, for which they have a solid financial history. Making these records accessible, WeCapital ensured these women can get the financial loans and support they deserve from established banking businesses.
The jurors also awarded a total of three Gold Lions, one Silver Lion and three Bronze Lions in this category for culture-shifting creativity.

Winning the Grand Prix in the Sustainable Development Goal Lions category, agency Leo Burnett and brand P&G Whisper created ‘The Missing Chapter’ as part of its ‘Keep Girls in School’ movement. The campaign begins with a shocking statistic, “23 million girls drop out of school every year at the onset of puberty”, and continues by explaining that the chapter on period education was never printed in school books. Tackling this, P&G printed The Missing Chapter from these books onto red pieces of paper, adapting them into 23 different art styles and languages, and spreading the message across India. As a result, education leaders saw the campaign and made a change, and The Missing Chapter was added to books in the Indian education system.
In this category, there were an additional three Gold Lions, five Silver Lions and 10 Bronze Lions awarded for work which fit the brief for Sustainable Development Goal Lions’ criteria of “creative problem solving, solutions or other initiatives that harness creativity and seek to positively impact the world”.

Celebrating game-changing creativity, the Titanium Lion jurors awarded the Grand Prix to Engine London in collaboration with the Kiyan Prince Foundation, EA Sports, QPR and Match Attax for ‘Long Live The Prince’. Telling the story of budding QPR footballer Kiyan Prince, who was stabbed and killed while protecting his friend at just 15 years old, the campaign saw a computer-generated, adult Kiyan become the face of JD, a character on FIFA, and a Match Attax player, while proceeds raised money for the foundation which was created in his name. Marking his 30th birthday, the campaign aimed to raise money for the foundation which empowers youths to meet and exceed their personal goals.
The jurors also awarded Titanium Lions to five other campaigns; Cadbury’s ‘Shah Rukh Khan-My-Ad’; Vice Media’s ‘The Unfiltered History Tour’; Virgin Group’s ‘Dyslexic Thinking’, Dot’s ‘Dot Pad. The First Smart Tactile Graphics Display; Change the Red Inc’s ‘The Lost Class’.

The Film Lions celebrates the creativity of moving image and this year, the Grand Prix was awarded to two campaigns, 4Creative for its ‘Super.Human.’ campaign and Apple for ‘Escape From The Office’.
Creating a trailer for the Tokyo 2020 Paralympic Games, the ‘Super.Human.’ campaign by 4Creative shows athletes’ journeys as they train towards Paralympic medals, face challenges, overcome obstacles and ultimately decide, “To be a Paralympian, there’s got to be something wrong with you.” Set to a comedic backing track and with a plethora of imagery depicting mental, physical and daily battles, the spot is equally funny, aesthetic and heartfelt.
In 2019, Apple created ‘Apple at Work’, showcasing ‘The Underdogs’, a plucky group of workers who were determined to pitch ideas to their stern boss Vivienne. Now, post the great resignation in the US, Apple has created ‘Escape From The Office’, following The Underdogs on their journey from resignation to building a company and everything coming full circle, back to Vivienne. The nine-minute spot showcases the tech brand's latest software, fitting into an office setting with ease, as the team frantically gets their business up and running.
In his category, there were also eight Gold Lions, 20 Silver Lions and 31 Bronze Lions awarded for work within the genre.