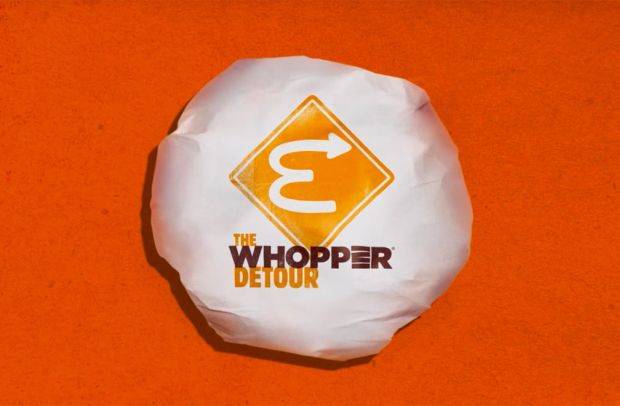 Cannes Lions has tonight announced the winners of the Creative Data Lions, Creative Strategy Lions, Direct Lions, Media Lions, PR Lions and Social & Influencer Lions were announced in an evening Awards Show.
In the Creative Data Lions, honouring the interplay of ideas and information, 429 entries were received, and 13 Lions were presented: 2 Gold, 4 Silver, and 6 Bronze. The Grand Prix was awarded to ‘Go Back to Africa,’ for Black & Abroad, by FCB/Six Toronto. The work helped to reframe the way people think about Africa, by creating a platform that displaces the hate surrounding the racial slur “Go Back To Africa”. Creative Data, Jury President, Yasuharu Sasaki, Head of Digital Creative and Executive Creative Director, Dentsu Inc., Japan, said: “In this digital age, there are a lot of negative data like fake news, privacy violations, or hate messages. The Grand Prix winner tackled this issue with a bold and impactful way. It changes negative messages into meaningful contents. It created a new community with the power of data and contributed to the culture.”
In the launch year of the Creative Strategy Lions, which celebrate the idea behind the idea and how strategic planning can redefine a brand, 848 entries were received and 22 Lions awarded: 3 Gold, 7 Silver and 11 Bronze. The Grand Prix went to ‘The E.V.A. Initiative’ for Volvo Cars, by Forsman & Bodefors, Gothenburg. The campaign aims to improve gender safety equality in cars and saw Volvo share research to help other automakers produce safer cars.
Creative Strategy Lions Jury President, Tracey Follows, Founder, Futuremade, said: “Starting from one hereto unobserved data insight about how women in the world were catered for, it transformed how we saw the whole world and gave a fresh take on safety to refresh and reinvigorate Volvo.”
In the Direct Lions, celebrating targeted and response-driven creativity, 2,005 entries were received and 42 Lions awarded: 5 Gold, 12 Silver, and 24 Bronze. The Grand Prix was presented to ‘The Whopper Detour’ for Burger King by FCB New York. The work created an app enabling people within 600 feet of one of the 14,000 McDonald’s locations in America to unlock a deal for a 1-cent Whopper.
Direct Lions Jury President, Nicky Bullard, Chairwoman & Chief Creative Officer, MRM McCann, said: “Our Grand Prix was completely brilliant – ‘completely’ being an important word. It had everything. Targeting, amazing execution, a clear call to action and results. On top of that it’s one of the most audacious campaigns any of us had ever seen.”
In the Media Lions, which celebrate the creative implementation of ideas through the use of media, 2,196 entries were received and 65 Lions presented: 7 Gold, 20 Silver, 37 Bronze. The Grand Prix was awarded to ‘Air Max Graffiti Stores,’ for Nike, by AKQA, São Paulo.
Media Lions Jury President Karen Blackett OBE, WPP UK Country Manager & MediaCom Chairwoman UK & Ireland, WPP, explained that the work demonstrated brand bravery, benefiting the brand and the community. Blackett described it as: “A brilliant piece of work that tapped into local culture with ecommerce intertwined with geo fencing to create a new store opportunity - the media is the message. Great creativity, partnerships to make the media idea come to life and a brave client with phenomenal results.” 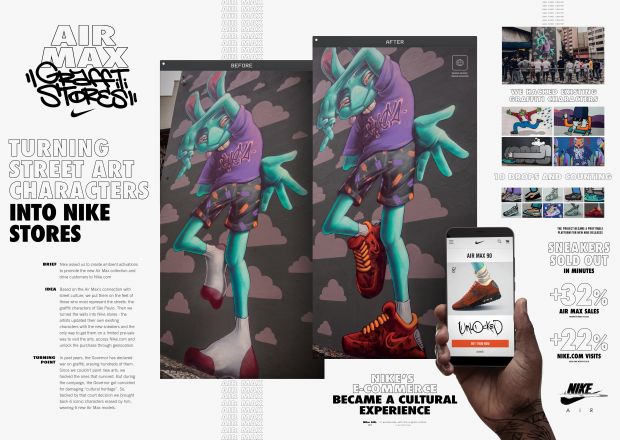 In the PR Lions, which celebrate the craft of strategic and creative communication, 1,857 entries were received and 55 Lions awarded: 6 Gold, 22 Silver and 26 Bronze. The Grand Prix was presented to ‘The Tampon Book: A Book Against Tax Discrimination’ for The Female Company, by Scholz & Friends Berlin. The work was created in protest against the unfair taxation of feminine hygiene products, still considered luxury goods and taxed at a higher rate in Germany.
PR Lions Jury President, Michelle Hutton, Managing Director, Global Clients, Edelman, commented, “We are proud to have chosen “The Tampon Book” a book designed to highlight tax discrimination. At its core we believe it is a perfectly formed public relations campaign - from conception of the idea, to the impact it delivers. It represents a modern take on communications combining creativity and the art of PR. It is a call out to the creatives of the world to show public relations has some of the most interesting challenges. It demonstrates that a campaign that sets out to change law can be 'super-powered' though creativity.”
In the Social & Influencer Lions, which honour creative social thinking and strategic influencer marketing solutions, 1,519 entries were received and 47 Lions awarded: 7 Gold, 14, Silver and 25 Bronze. ‘Keeping Fortnite Fresh’ for Wendy’s by VMLY&R Kansas City, was honoured with the highest Grand Prix accolade. The work saw the fast-food chain going after fictional rivals on Fortnite, which highlighted the fact they use fresh beef.
Social & Influencer Lions Jury President PJ Pereira, Co-founder & Creative Chairman, Pereira O'Dell, said: “Wendy’s doesn't try to sneak into anyone's life, doesn't try to attract the audience or even invite them to do anything. It just joins the audience and minds its own business. Simple, resourceful, funny, and incredible. This idea made us smile and stood out, not only because of its unpretentious sense of humor (something very refreshing in this world of brands taking themselves so seriously), but also because it made us all realize we still have so much to learn.”
The Awards Show ended the third day of Festival content, highlights included: Procter & Gamble chief brand officer, Marc Pritchard, speaking alongside John Legend, multiple Grammy-winning singer-songwriter, record producer and activist in the session: “Reimagine Creativity Through Love and Humanity.”
Artificial Intelligence as a reality that gives society the means to solve problems and nurture people, economies and societies was discussed by Seng Yee Lau, Senior Executive Vice President, Chairman of Group Marketing and Global Branding, Tencent, in the session: 'Realising Technology for Good in China: a Roadmap'.
CLX - Connect, Learn, Experience – a joint initiative between MediaLink and Cannes Lions, is the new immersive activation at this year’s Festival. It’s designed for global marketers to meet, learn from, and partner with a hugely exciting and diverse set of world-class content creators and entertainment experts, Activision Blizzard, Adobe, NBCUniversal and TikTok. It’s open to the entire Cannes Lions community on Thursday and Friday and to come and explore the dynamic range of activations first-hand.
view more - Awards and Events