Bridgerton and Tanqueray Cordially Invite You to 'Make it T-Time' 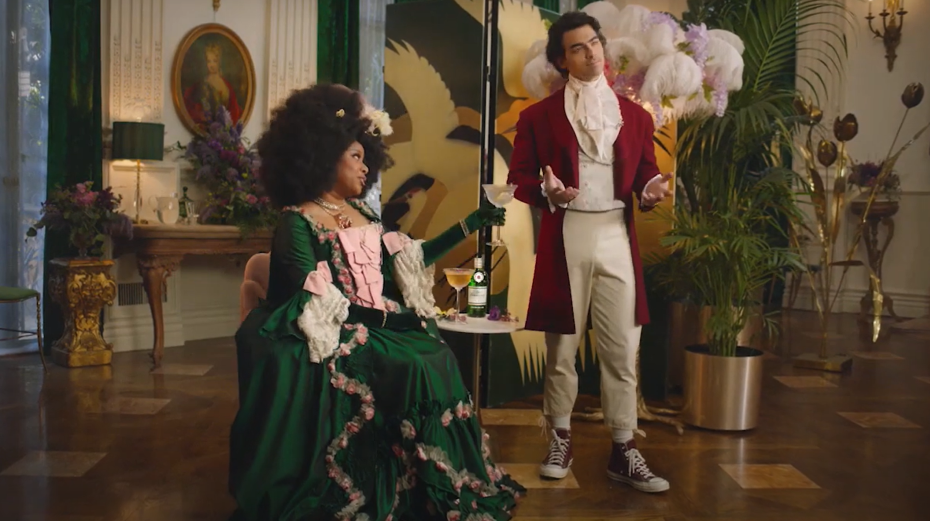 Back in the day – the Regency era, to be exact – teatime actually meant something. It was one of society’s fanciest occasions; a moment to gossip, flirt, laugh with friends and of course sip in superior style. So how does one reclaim teatime and give it a modern-day spin, making it fun, fabulous and – dare we say – fancy again?

Today, Tanqueray and the community are officially announcing its 'Bridgerton' 'Make it T-time' partnership; a creative collaboration celebrating the smash Netflix show’s second season premiere. In appropriately regal fashion, fans are cordially invited to discover how Tanqueray (the “T,” if you will) can turn the traditional idea of teatime into oh-so-fancy “T-time”.

In keeping with the whimsical look and feel of the show, the multi-phased “T-time” campaign is launching with an original video content series starring pop culture icon and continued Tanqueray brand partner Joe Jonas, who gamely learns “how to become a Bridgerton” with the help of Jonathan Bailey who plays Anthony Bridgerton, and “Bridgerton” superfan and comedian Phoebe Robinson.

As if that wasn’t already enough, fans will have a chance to win one of three exclusive “Bridgerton”-inspired experiences by proudly showcasing how they #makeitTtime leading up to and after the season two premiere in a Tanqueray social media contest. By sharing an original photo or video content on Twitter, Instagram or Facebook highlighting their very best ways of dancing, drinking, and dressing for “T-time,” users will be automatically entered to win one of three experiences:

A curated “Bridgerton” Watch Party with up to 10 friends featuring Regency-era décor and a “T-time” cocktail experience hosted at a lavish hotel suite or viewing location.

A Regency-Era Live Oil Painting where 10 friends come along to a boisterous “T-time” party in a luxurious hotel suite, where a stylist will costume everyone in “Bridgerton”-inspired fineries and a live painter will whip up an expertly rendered Regency-era painting of you and your guests.

How to Become a Bridgerton

Curveballs for the Captain
View all Work