BBDO Dublin Launches 'What Do You Think Will Happen?' RSA Campaign 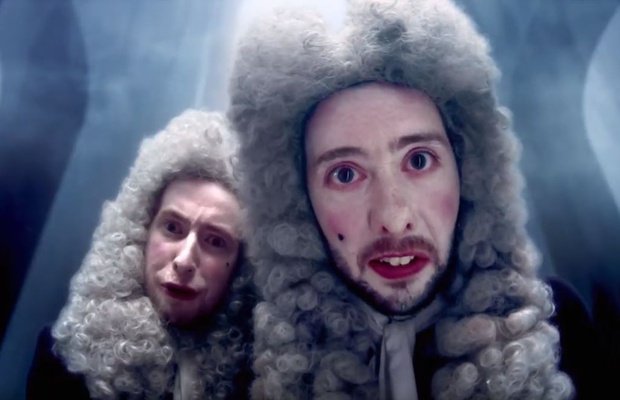 BBDO Dublin, Ireland has launched a new through the line public information campaign for the Road Safety Authority Ireland (RSA). Airing across Irish TV, VOD, Social, Press, OOH and Radio - “What Do You Think Will Happen?" addresses 17-24 year old male drivers and their passengers on the issue of wearing a seatbelt. On Irish roads in the last ten years 42% of rear seat passengers killed were not wearing a seatbelt.

Much of the responsibility belongs to the driver, but research undertaken by BBDO Dublin has shown that young men do not fear the physical consequences of not wearing a seatbelt because no matter how dangerous the odds may actually be, they do not believe that something fatal will ever happen to them. Instead it is the fear of "social death" - being excluded, rejected or saying something that the group will laugh at – that they will do everything to avoid.

"What Do You Think Will Happen" challenges that fear head on and opens on precisely this point, where a young driver is asking his backseat friend to wear a seatbelt. A title reads: “What do you think will happen if you ask your mate to wear a seatbelt?” and from there the viewer enters his imagination. The piece explores, in very fast cut dream sequences, all of his fears – intimidation, emasculation, judgement, exclusion, and finally the viewer is taken through a dream sequence of the potential physical consequences of not wearing a seatbelt, as his friend is thrust forward, as though in a lethal head-first crash. We then see how a normal friend really reacts to being asked to wear their seatbelt – so simple, no big deal – “sure, no problem”, and he puts his seatbelt on.

Said Dylan Cotter, executive creative director, BBDO Dublin: "Young men have always been a difficult audience to connect with, for myriad reasons. We know they feel invincible and that they believe a fatal accident on the road simply won't happen to them. With this in mind, our focus was not to threaten them that if they don't wear a seatbelt they might die or kill someone they love, no matter how true this may be. Instead, we confront and deconstruct the ‘social death’ that they really do fear. We encourage young men to simply ask their mates to wear their seatbelt; the worst won't happen and nobody ever died asking."

Brian Farrell, communications manager, Road Safety Authority Ireland said: "Wearing a seatbelt can save your life. This is an undeniable fact and by not wearing one you are not just risking your life but the lives of others. It is hard to believe that in 2019 we still have some young men who do not take the extra few seconds to put their seatbelt on and so our new campaign speaks directly to them. Nobody should ever have to suffer the consequences of an accident caused by someone who is not properly restrained."