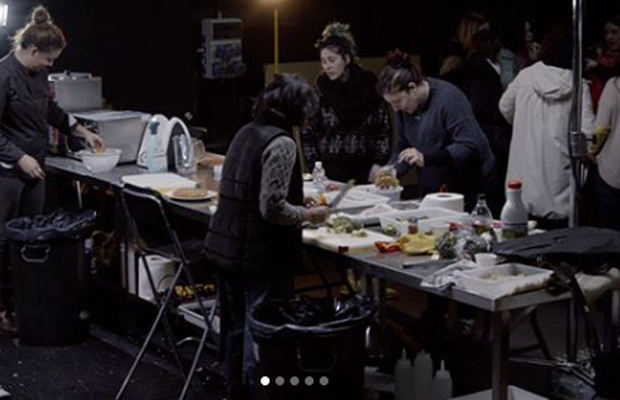 When you want to make good work, you have to surround yourself with the best people. But sometimes that’s not enough. What really matters is the connection that these people have.
An example of this is the new film ANTIESTÁTICO made for Jacobs Millicano, ‘Trasformation’, with Saatchi & Saatchi Madrid and director Fernando Livschitz where the production company literally ‘transform’ an apartment into a coffee bar.
The magic formula for this ad was the union of the best: Director Fernando Livschitz, art director David Diez, construction specialists Artefacto, production company Mad House and El Ranchito, a Spanish VFX company.
Looking at the director Fernando, beyond his amazing work, he is also a specialist in working with realism. His work is stimulating and fun, as he plays with fantasy elements in contemporary contexts that are captured in an incredible way.
In turn, none of this would have been possible without David Diez – an architect, artist, creative director, communication expert and photographer. Gifted with a wonderful eye, he creates worlds that many at his company call ‘artistic polivisión’, which means having the ability to see beyond what is seen. He is the founder and a centre of production and creation. Fernando and David's participation ensured excellence, but it is not enough with them alone.
None of this would have been possible without Artefacto, who was in charge of bringing the ideas to life. It is a company formed by sculptors, carpenters, locksmiths and special effects technicians. They met the expectations of the most demanding productions, having worked with the likes Pedro Almodovar, Guillermo del Toro, Coca-Cola and Audi, among others.
They were in charge of giving life to this apartment which was magically transformed, but the magic took place in Mad House Studio. Mad House contribute and work with the flexibility that is demanded to create as many scenarios and possible universes simultaneously.
As we know there is no magic without the final touch, and that came from the folks at El Rachito, a Spanish special effects company. They were responsible for assembling and creating an incredible visual reality. The end result is truly a kind of magic.

In Conversation With... Pablo Fusco, Director of Antiestático