Pipo Calazans assumes the co-presidency of SunsetDDB alongside Guilherme Jahara, while Thomas Tagliaferro becomes the president of TracyLocke 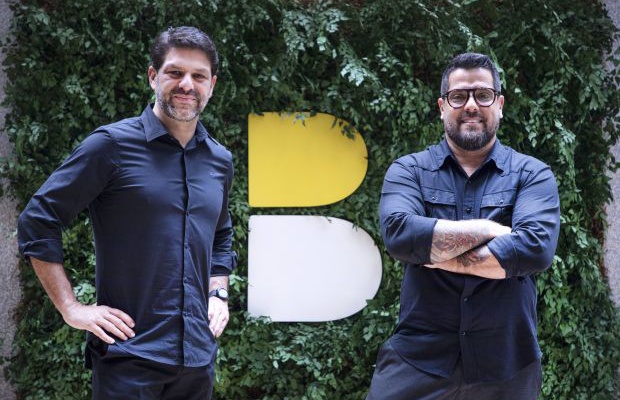 ABC Group, part of DDB Latina and Omnicom Group Inc. since 2015, has announced changes in the leadership of two of its main agencies: SunsetDDB and TracyLocke.
After almost three successful years at TracyLocke Brasil’s leadership, Pipo Calazans arrives at SunsetDDB to assume the co-presidency as CEO alongside Guilherme Jahara, current co-president and CCO of the agency.
“It is an honour to be part of the creation of the history of SunsetDDB. A native agency capable of combining the power of data and creativity to build strong brands and offer business solutions to our clients,” says Calazans “Also, working alongside Guilherme Jahara is amazing. He is one of the most renowned professionals in the national and international markets, with a brilliant career. I have a lot of confidence in this new story that we will build together,” adds Pipo.
Guilherme Jahara considers this a strategic movement: "The story of SunsetDDB began only nine months ago and is very promising." Regarding the new format, Jahara sees it as the continuation of great achievements to come. “Pipo helped build an agency that became a benchmark in the market within its segment. I am sure that our co-leadership will bring very positive changes for SunsetDDB and also for our clients."
Guga Valente, CEO of ABC Group, says: “After three years of great achievements at TracyLocke, I am sure that Pipo is the right person to lead SunsetDDB, together with Jahara. Both have already shown the required skills to navigate in this fast-changing industry. Also, I am very proud to have Tomaz leading TracyLock. He has been ready for this position for the past five years”.
Juan Carlos Ortiz, CEO of DDB Latina, adds: “Pipo and Jahara leading SunsetDDB will undoubtedly be an example of success and added value for our clients in Brazil. SunsetDDB represents the biped agency where storytelling adds to data and technology in a native and natural manner. Together with Spain and USA, Brazil is one of our most representative markets and as part of the robust portfolio of agencies that we have implemented in the Brazilian market since we fully acquired ABC Group, I am sure it will continue to bring positive results for our clients.”
Thomas Tagliaferro will act with the new CEO of TracyLocke, where he has served two of the previous years of his career as a COO, directing with Pipo the successful strategy and management of the operation.
Tagliaferro has been chosen as creative professional of the year by the Columnists Award, and one of the ten most creatives of the decade in the Promoview yearbook. He has also won several national and international awards. In this new challenge, Thomas will continue to drive the growth and expansion of TracyLocke in the region.
“This move means continuity. Pipo played a key role in the transformation of TracyLocke, now recognized as one of the most important shopper marketing agencies in Brazil. On this journey, we built a very strong leadership team, ,and this gives me the confidence to continue this trajectory,” concludes the new CEO of TracyLocke.
Ortiz concludes: “Thomas is one of the most knowledgeable professionals on shopper marketing and I feel confident that he will take TracyLocke to the next level."