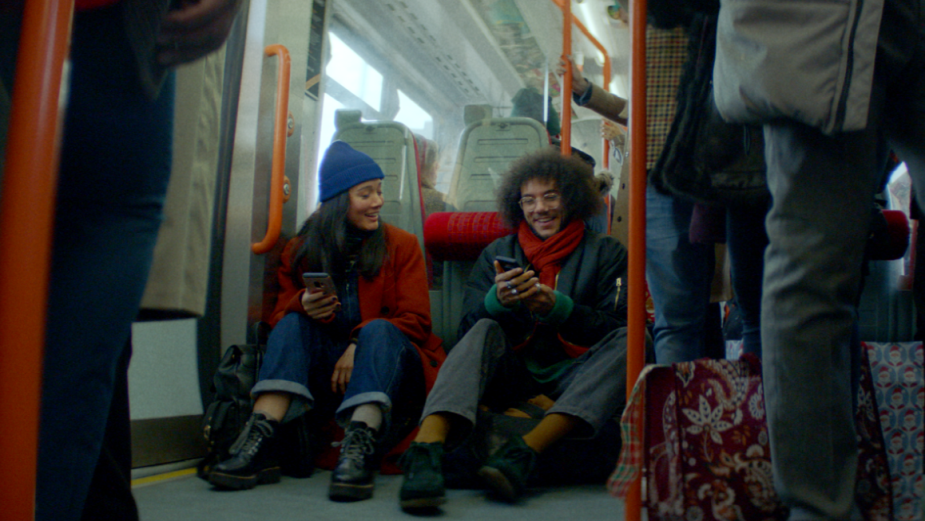 The National Lottery is inviting the whole nation to come together and imagine the joy of winning big this festive season, with an integrated campaign created by adam&eveDDB for National Lottery operator Camelot.

The launch ad, ‘Christmas Love Story’ directed by Oscar-winner Tom Hooper, breaks this Sunday (20 November). The ad is set to a new arrangement of George Michael’s ‘Faith,’ performed by artist Sleeping At Last. The full length, three-and-a-half minute commercial will appear in cinemas, with cutdowns appearing online and on TV.

The ad begins with a chance encounter between two people who meet on a train and hastily exchange a phone number on the back of a National Lottery ticket. When the girl realises the number is smudged, we are left willing the pair to come back together. With the news of an unclaimed winning lottery ticket, the tension mounts. Ultimately, the couple reunite, lucky in love and the lottery, making this Christmas a truly magical one. The ad encourages the public to take a chance and believe in the magic of hope and possibility this Christmas.

The ‘Christmas Love Story’ film is supported by a fully integrated multi-media channel campaign, including a real life experience that invites the public to get involved. Special photo booths, placed at chosen train stations across the UK, will invite passers by to have their photo taken and see it projected on nearby digital OOH space.

Camelot executive director, Matt Ridsdale,said: “The National Lottery is a uniting force for good in the UK – with players raising over £30 million every week for Good Causes. This latest campaign is all about The National Lottery’s ambition to bring people together. It also taps into the feelings of hope and possibility that we collectively experience at Christmas, showing that it’s always worth taking a chance to win big.”

Ben Tollett, group executive creative director, adam&eveDDB said: “At a time when the nation needs some magic in the air, we wanted to create a larger than life story about the lottery and true love – two games of chance that make the perfect subject for a Christmas romantic comedy.”

In addition to TV and digital OOH, the campaign will run across social, radio, OOH, retail, press and will be complemented by integrated creative for all individual Lotto, EuroMillions and festive Scratchcards games.

To enable people to come together with their friends and family this Christmas, The National Lottery will also be launching a unique offer for players as part of the campaign. More details will become available soon on how players will be able to access a special experience for free this Christmas.