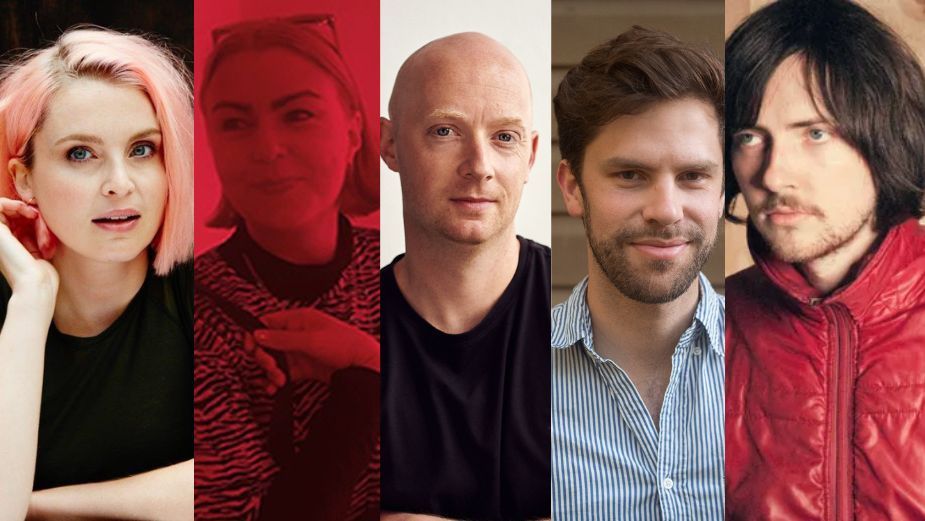 It’s been a gloomy three years for the planet, and for the creative industry.

As we emerge into what we’re all sick and tired of calling “the new normal”, it seems more important than ever to shout out those moments of joy, of glee, and of laughter which make our wonderful racket worth following.

In that spirit, as 2022 draws to a close, LBB is proud to present five memorable comedy directors Australia has to offer. These are the names you need to know - five folks who are, undoubtedly, the ones to watch.

Harrison wrote, directed and starred in his first commercial at the worldly age of 8 for “Harry’s Happy Dog Patter”, an intricate contraption that allowed you to pet your dog without getting smelly hands.

Since peaking with that masterpiece, Harrison has gone on to direct commercials for clients including Cartier, Lipton, Canon, Adobe, Foxtel and many more.

In 2018, he took The Book of Once Upon a Time in a new direction for its popular fourth season currently streaming on Disney+. He also directed the original series Alphabet Street (2019), for Disney Junior Australia and New Zealand to great success, and is currently directing two international animated film productions which he has co-written.

Harrison is represented by Clockwork Films in Australia, New Zealand and the USA.

Harrison> What’s unexpected? What could be unspoken? What’s understood, and could be communicated with a look, a reaction? I suppose I ask myself these things. At the end of the day though, directing is intuition, what’s going to make a scene funny comes down to gut instinct.

An example of Harrison's work:

Tim Potter got into stand-up on a dare – and discovered he loved performing. Directing came later – but he loved that too. Still does. Across narrative and commercial, his characters are equal parts funny, sweet, sad, innocent, and dark. Tim’s commercial work has been recognised at the London International Awards and Adstars, directing spots for the likes of ANZ, Nissan, Baker’s Delight, Beyond Blue, and Sorbent. His serious acting chops give him a perspective and natural ability to connect with talent on a different level, and it shows in the nuance performances of his characters. He’s an absolute weapon.

Tim> First and foremost, I try to identify the truth of the scene and the characters. There’s a risk with comedy to just play for laughs or be too over-the-top, but the best comedy is always grounded in truth and has an inherent authenticity. Once you know the heart of the characters and what they want, then you can go about building absurdity, amplifying certain moments and dialling up the world and their personalities.

Tim> I’ve always loved Steve Ayson’s work - it perfectly marries the absurd, with a whole lot of heart. His character’s are wonderfully unique, flawed, vulnerable and interesting to watch. It’s impossible to pick just one of his ads, so I’ve chosen two - his Get Ready spot for Dollar Shave Club, and The Pregnancy for Nimble.

Although running at almost 4 minutes, Get Ready immediately sucks you in, endears you to the characters and their journey’s, is super creative and playful.

The Pregnancy is the perfect example of actors committing to an absurd scenario truthfully - resulting in a spot that’s genuinely funny, surprising and totally memorable.

An example of Tim's work:

Stef is a comedy and performance director and human woman.

She has a love for memorable characters and surprising approaches, and a flair for tying all of the visual elements on screen into story and emotion. And lols.

Stef> How can I convince the client to let someone in this ad shit themself? Can we compromise and go for vomit instead? Oh nope? Just a shart perhaps. Hard no on all bodily functions? Right…

Unfortunately I do genuinely find toilet humour funny. It’s very pathetic and cliche and not at all highbrow of me. I’m aware of that.

I tend to play comedy straight, to be honest. The intention is grounded in truth, then I believe it more, and if I believe that person is really about to shit their pants, I may just laugh. Comedy is so many different things, it has to be carefully aimed at what is tonally right for each job. PROFESSIONAL SPEAK!

The funniest thing I’ve seen recently that made me laugh until I cried was this scene… if What We Do In The Shadows is hiring please hit me up!

Stef> I think I’m dead inside. I’m a terribly hard laugh and it’s not fair, but also probably the reason I don’t make anything funny.

When we were making our silly Domain spots, Adam Ledbury and Will Halstead introduced me to two really great absolutely batshit stupid ads. I still love the ads, Will and Adam very much - Skittles Witch; Sonic Ghost.

Both had something to do with this guy, clearly disgustingly talented, eww - https://nathaniellawlor.com/

There are heaps of very funny ads I wish I worked on by people who are way better than me, like this one for Setapp Snake.

Anyway, one day I’ll do something mildly above average! Living the dream! XOXO Gossip Girl

An example of Stef's work:

Lizzy’s love for filmmaking began at a young age as she documented everything, making short films with the family video camera. She then studied Film at Canterbury University in NZ, before moving to Melbourne to attend VCA.

Her inimitable observations of people are demonstrated in the way she directs her talent, develops her characters and communicates a story. Bailey’s work is authentic, rich and unique – an inquisitive director always exploring ideas.

She won Best Female Director “Frothing Female Award” at Freshflix Festival and was a finalist for best comedy at Setting Sun Festival.

Lizzy> Comedy for me is all about making the scenes feel as believable as possible (even if they’re completely absurd). This engages the audience with the characters, whether through seeing a little bit of themselves in them, or simply sympathising with them. Once the audience is engaged and invested, the comedy shines through in the subtle nuance of the ways they bounce off each other.

Lizzy> That’s a tough question. There are lots of funny ads that I love. However, a recent one that I think is really clever, well directed and funny is the Samsung Flip phone commercial.

An example of Lizzy's work:

There’s more than a touch of alchemy at play when it comes to Edward’s character-driven storytelling. Ordinary subjects are amplified by his strong cinematic style, natural musical ear and wry Aussie humour.

Edward> Not to be completely obvious, but the main question is “what could make this funnier?” Every scene is different, of course, so developing the humour could mean exaggerating one element, or pulling back another. Though it tends to be more intuitive rather than calculated. I’m always looking for those subtle unexpected nuances that will make the moment unique. But the questions are endless. Is there a more surprising line of dialogue? Can this be shown visually? Can we use a Phil Collins song?

Edward> I always come back to Southern Comfort ‘Karate’. It’s very absurd, but somewhat subtle and underplayed at the same time. There is no real punchline. It’s just this simple but strange moment that is given the space to play out, making it all the more ridiculous. The casting, costume and art direction are heavenly. It’s perfection!

An example of Edward's work: