The picture book version of Mother London’s campaign that became a viral sensation will feature a foreword from Dame Emma Thompson, who narrated the original film 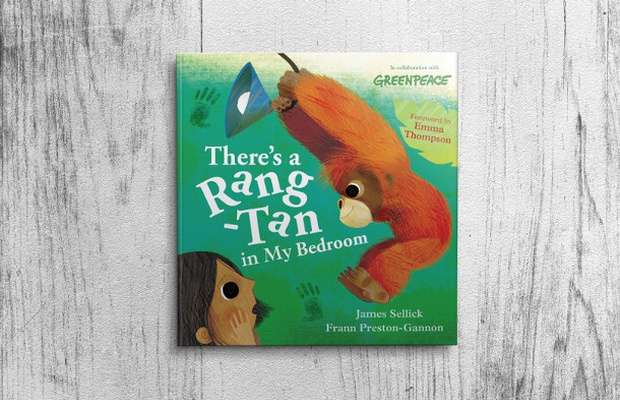 Hachette Children’s Group is publishing a non-fiction picture book adaptation of 'There's a Rang-Tan in My Bedroom' the film developed by Mother London for Greenpeace UK, that later became a viral advert for Iceland.
The book will be published on the Wren & Rock imprint in partnership with Greenpeace UK, and will feature a foreword from Dame Emma Thompson, who narrated the original film.
Re-illustrated for a picture book audience, the artwork has been created by award-winning illustrator Frann Preston-Gannon.
The deal for world rights was brokered between Liza Miller, Senior Editor at Wren & Rook, and Mother London via Veronique Baxter at David Higham for the text by James Sellick, and Jodie Hodges at United Agents for the illustrations by Frann Preston-Gannon. The book will publish in hardback in August 2019, ahead of World Orangutan Day, with the paperback following in May 2020.
When a little girl discovers a mischievous orangutan on the loose in her bedroom, she can't understand why it keeps shouting OOO! at her shampoo and her chocolate. But when Rang-tan explains that there are humans running wild in her rainforest, burning down trees so they can grow palm oil to put in products, the little girl knows what she has to do: help save the orangutans! Extra pages at the back include information about orangutans and palm oil plus exciting ideas about how young readers can make a difference.
Liza Miller, senior editor, Wren & Rook, says: “As soon as I saw Greenpeace’s astonishing film about Rang-tan, I immediately knew it would make a perfect picture book. While the beautiful animation captured the attention of a huge audience online, we knew that reimagining the story was vital for its important message to resonate with picture book readers. Frann’s gorgeous illustrations will reach a new wave of young Rang-tan fans.”
John Sauven, executive director, Greenpeace UK says: “Rang-tan has already made a huge difference to how much people know about the impact palm oil is having on rainforests, wildlife and the climate. We’ve had requests from schools far and wide for resources to help teach children about deforestation as a result of Rang-tan. With this beautiful book we hope to inspire thousands more children and their parents to learn about and care for the world’s forests, and enable them to take action. Our children’s voices are especially important and we want to help ensure they are heard loud and clear.”
Hermeti Balarin, executive creative director, Mother London says: “Rang-tan was always about broadening Greenpeace’s appeal to reach new audiences. When the film went out, over a thousand schools got in touch to offer help and support for the cause. This book is for them and for all young readers, so they may continue to spread this message far and wide. Their deafening noise and tireless dedication will make big companies stick to their promises and prevent palm oil from devastating rainforests for good.” 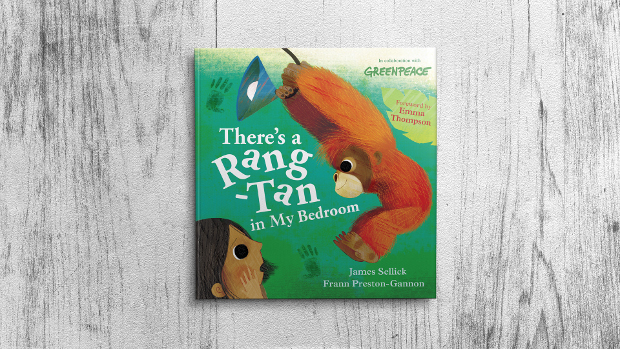