The year that John Lewis mastered the Christmas ad is a year of gin drinkers, Sith lords, snogging politicians and rivers of light… 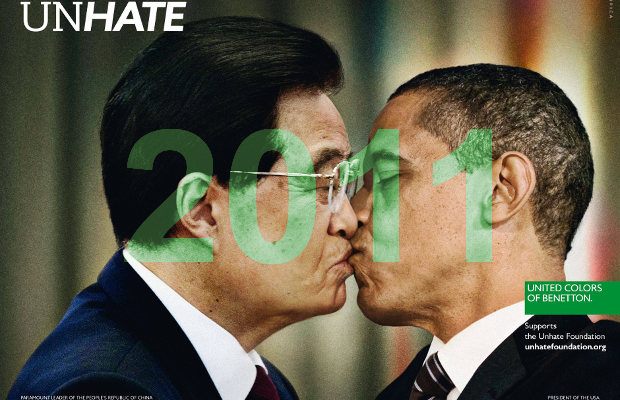 Ah, the early 2010s. When the ads could still be funny and silly and sentimental and didn’t always have to save the world. Looking back to 2011, it’s the year that saw the beginning of trends that would come to dominate the decade. Adam&eveDDB levelled up Christmas advertising with John Lewis’s The Long Wait. The brand turned into a major part of festive pop culture in the UK and inspiring others in the UK and the wider world to step into Christmas. Elsewhere Ogilvy Sydney created something that would end up ubiquitous with Share a Coke – proving that sometimes the best and most effective ideas really are the simplest. LBB's Laura Swinton turns back time to look at the 2011 work that made waves and a couple of now-forgotten gems that merit another look.

Now here was an ad that was truly ahead of its time. Aldi’s deadpan price comparison spot predated peak ginaissance by a good six years. According to Kantar, this spot from McCann Manchester was voted the UK’s favourite ad of 2011 which is truly impressive when you consider that was the year of VW Darth Vader and John Lewis’ O.G. Christmas tearjerker, The Long Wait. Quite right too. From Jean Jones’ dry delivery to MJ Delaney’s unshowy direction and the stripped back script, it’s an ad that proves that brevity really is the soul of wit. It also kicked off a long running plaform for the budget supermarket and the brand flourished in the 2010s as it used a cheeky, self-aware approach to price consciousness to appeal to a broader range of shoppers.

Ogilvy Sydney can’t have predicted that when they suggested plastering common first names on Coke cans and bottles that they had unleashed a global phenomenon. But they had. Share a Coke rolled out in over 80 countries and has become a posterchild for personalisation. From an effectiveness standpoint, it’s credited with increasing Coke’s category share by 4%, increasing consumption by young people by 7% and increasing sales in the US by 2%. It’s an idea that has been tweaked and evolved over the years since launch – 2013 saw an experiential tour where fans could print off labels for any name, no matter how unusual, and in 2017 Coca-Cola decided to add last names to the mix.

The alpha and omega of Christmas ads, as far as we’re concerned. Some have come close but, really, can anything touch this tale of a little boy who’s just wants to give? The emotional hit of the gentle twist at the end never fails to trigger a little bit of eye leakage. adam&eveDDB and Dougal Wilson set the template for festive flogging for the rest of the decade.

The dark side has never been so adorable. VW’s Super Bowl spot has become the sort of ad that people show their friends and plonk onto YouTube ‘funniest clips’ compilations. Like non-ad people. Not people like me whose job it is to pay attention to this stuff. And it always, always gets a laugh. Chapeau, indeed, to the team at Deutsch and Park Pictures’ Lance Acord. But the star of the show is little Max Page who does David Prowse – the body of Darth Vader - proud with his physical performance.

Remember when social good activations actually made a difference and weren’t just about turning minor stunts into awards-friendly case studies? SSP3 Mullen Lowe’s work with the Colombian Ministry of Defence was an exemplar in the transformative potential of creativity. Throughout the 2010s, the agency has been working to coax those recruited and abducted by the FARC guerrillas to rejoin society. Rivers of Light saw the agency gather 6823 messages and gifts from the families of guerrillas and float them into the forest in airtight, illuminated capsules. The campaign saw guerrillas demobilise at a rate of one every six hours. It built on insights and lessons learned the previous year. We chose this iteration of the campaign for two reasons. First of all, it was the first sequel and therefore it’s a lesson to agencies looking to enact profound social or political change that you can’t approach it with a ‘one and done’ mindset. It requires commitment and thought. And secondly? Well. It’s just beautiful.

A lot of brands opt for a cuddly bear mascot – but only Canal+ has adopted a talking bearskin. Their 2011 spot featured a swaggering rug who becomes an auteur director – we follow him as he brings an epic interpretation of the Battle of Hastings to screen. The spot from BETC Paris is packed with detail and for such a big, surreal production director Matthijs van Heijningen brings the mockumentary together with a lightness of touch. A special mention has to go to Mikros Image, who turn a flattened bear into a fully fleshed out character. The spot went on to be named the most awarded TV campaign ever in the Gunn Report 2012. 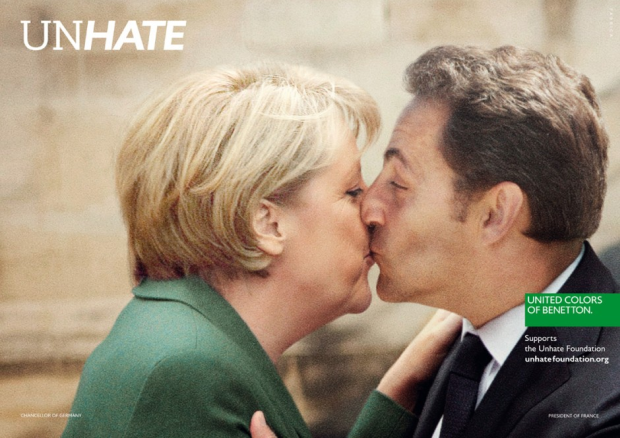 Haters became lovers in this Benetton campaign that showed political rivals and adversaries tonguing each other like teenagers behind the bike shed. Barack Obama smooched Hu Jintao. Angela Merkel snogged Nicolas Sarkozy and Pope Benedict XVI slurped face with Ahmed el Tayeb. It was, unsurprisingly, very controversial and the Vatican succeeded in getting them to pull the Pope execution. It wasn’t necessarily an insightful take on world politics but it was kind of entertaining in a childish way. It’s also a campaign worth highlighting because back in 2011 we all thought that global politics couldn’t possibly get any worse.

The anxious and the pen cap. This ad is just too real. A huddled crowd of a nervy nail biters twitch and quiver only for relief to come from a surprising source. Madre Buenos Aires and the Glue Society served up an uncomfortably relatable spot that obviously struck a nerve with a jittery jury at the El Ojo de Iberoamerica, where it took the Film Grand Prix. And to think, this was back in 2011 – one dreads to think about how the spot’s highly-strung herd would cope with 2019.

From highly strung to totally calm. With its the soft backdrop of green forest, the woody tones and gentle rushing river this online film from Japanese agency Drill Inc. and creative director Morihiro Harano is entrancing yet calming. In order to promote Docomo’s limited edition ‘Touch Wood’ handset, which came embedded in a pine phone case, the agency built a giant wooden xylophone-cum-Rube-Goldberg-machine that plays Bach’s Cantana 147. It won a clutch of Gold awards at that year’s Adfest and Cannes Lions… but really… who cares about awards when you can just tune out and watch this on repeat.

This Ringan Ledwidge directed spot from BBH is a masterpiece in performance, clever editing (props to Ringan’s long time editor, Rich Orrick from Work) and invisible VFX that does a lot of heavy lifting (The Mill). A 30 year old man sits down for an interview and as he talks, the years slip off and the viewer goes back in time to see him as an angry teenager and vulnerable, scared little boy who came before. The ad was created to show the public what the charity does for disadvantaged, vulnerable children.