LBB’s Ben Conway speaks to the design studio/creative agency’s newly appointed editorial team leader about her journey into the industry, plans for the department’s future and why not all editors are hermits 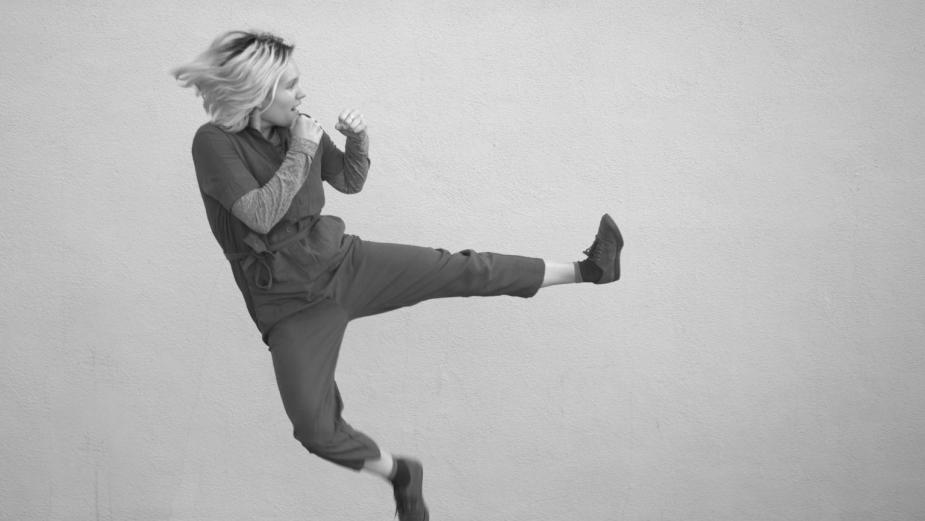 Lexi Gunvaldson is an editor – and now the head of editorial at LA-based design studio and creative agency, Imaginary Forces. Whilst she enjoys and has experience in all manner of editing projects, where she really thrives is in editing short-form content, such as main title and credits sequences.

During her time at Imaginary Forces, she has edited and overseen projects for a variety of clients, including Apple, Netflix, Amazon Prime, Facebook, Lego, Showtime, HBO and Marvel (Disney) – for whom she recently worked on the ‘Main on End’ (MOE) title sequence for the MCU’s hit movie ‘Spiderman: No Way Home’.

Speaking to LBB’s Ben Conway, Lexi discusses her hopes and expectations for her new senior role, misconceptions and developments in the editorial field, and why she’s ready to adapt to anything - even holograms.

LBB> Congratulations on the new role as head of editorial at Imaginary Forces! How have your responsibilities changed since the promotion?

Lexi> Instead of being in charge of just myself I'm now in charge of a whole department. I’m looking forward to fostering an environment where editors feel supported and are given the space to create awesome stuff.

LBB> What are you looking forward to accomplishing with your department?

Lexi> I’m hoping to expand the editorial department here at IF. Including interns, and more editorial staff. I’m also in the planning stages of restructuring our pipeline and looking at how we can evolve and stay current with studio and network requirements.

LBB> Regarding leadership – who do you look up to and what inspires you? In the future, how would you like your time in this role to be remembered?

Lexi> These days a lot of my inspiration comes from accounts on social media. I just started following more post-related accounts and I found this one called @editgirlsinsta where they share career stories of female/trans and non-binary editors. In the future, I would like to be remembered as someone who made things easier for people.

LBB> How did you get into editing and filmmaking generally? Is there an ad or piece of media that you remember from childhood that inspired you?

Lexi> This is kind of weird because it doesn’t really have anything to do with editorial although I suppose it does overlap a little with marketing. I’ve always been super into anything entertainment. I was TV-obsessed from a young age and my parents took my brothers and I to a lot of movies. On top of that, I used to collect magazines; Empire, Teen Vogue and Rolling Stone (they always had cool covers).

In middle school, this new show ‘Supernatural’ was coming out and they took out an ad in Rolling stone – and it wasn’t just a flat paper ad – it was this pop-up book kind of thing where you opened it and you heard the sound of an Impala ignition starting and spooky music in the background and I thought it was the coolest. I showed it to everyone and I opened it and closed it over and over for weeks. Even though that has nothing to do with editing it definitely got me to watch Supernatural which led to more TV which led to me giving up my dreams of becoming a professional soccer player and start thinking about doing something in the industry. 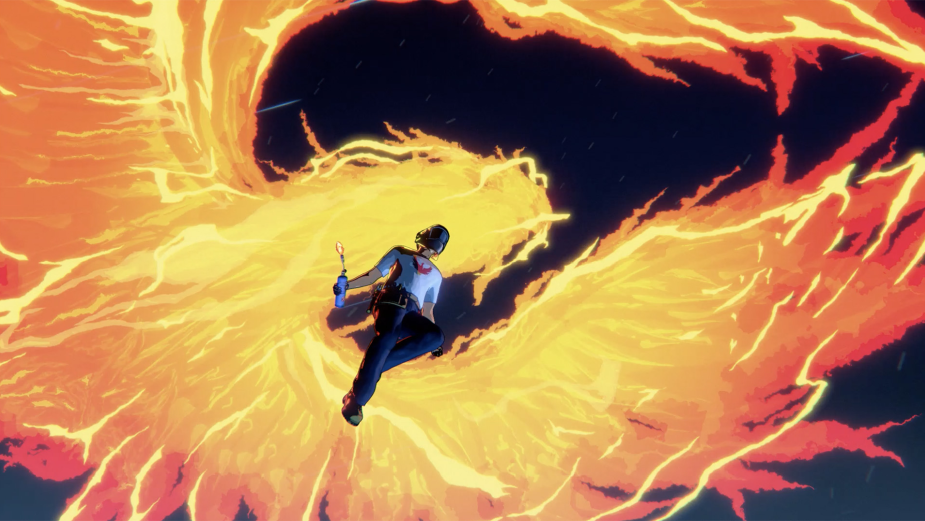 LBB> And how did you get into editing in the commercial industry?

Lexi> It was actually just a chance thing. I moved to LA after graduating and started applying to a few different places. IF was the first interview I got and it snowballed from there. I consider myself very lucky with how it all turned out.

LBB> What’s the most important lesson/piece of advice you received early on? How does it influence you and your work today?

Lexi> Own up to mistakes early. We’re human and everyone makes them so people are understanding. The earlier the mistake is brought to everyone's attention, in general, the cheaper it will be to fix it.

LBB> How much has editing changed since you started? What misconceptions are there about your craft?

Lexi> 9x16. There is so much more just-for-socials editing now. Everything is shorter and faster. I’m genuinely concerned about everyone's diminishing attention spans (mine included). Also with TikTok editing, everyone and their mother knows what a match cut is now.

And that editors are hermits that like working alone. Maybe that’s a lot of editors, but my favourite part about the job is how collaborative it is. I would actually love to work in a room with a bunch of editors instead of by myself in a bay.

LBB> You’ve done a lot of main title work – is there a particular set of skills or approach that this work requires? Why do you enjoy editing this work and what have been your favourite projects so far?

Lexi> I look at editing as a combination of trade and artistry. Main titles are kind of a niche thing but any editor could cut them as long as they understand the specific parameters you have to operate under (i.e. the unions have contracts all names have to be up for the same length of time etc.) One thing that’s more specific to main title editing, or more specifically animation editing, is the additive nature of it. If I feel like a shot is missing that could make the cut work better I can pitch it and create a shot that wasn’t storyboarded.

I like getting to work on multiple shows a year. I get to be in a lot of Zooms with all of these awesome showrunners and listen to how they want their show to be introduced to people. I also like the idea of working on something that celebrates the hard work the crew went through to make their show. At the end of the day, a credits sequence is about giving credit.

I loved working on the Spiderman No Way Home MOE. I’m a huge marvel fan and getting to come up with fun ideas for transitions and stuff was heaven. I actually drew the pumpkin bomb you see in there on my iPad because I was so pumped about the idea I couldn’t wait for one of our designers to mock it up. They obviously plussed it up on their end but the bottom layer was all me.

LBB> What work are you most proud of in your career?

Lexi> I actually just finished a job for Google’s Small Business Week where we turned business owners into animated superheroes. It was three different spots and a lot of moving parts but I'm really proud of all the work the team put into it.

LBB> What is a recent project in your new role that has been particularly momentous or a good learning experience? Or one that posed an interesting creative challenge?

Lexi> I’m working on a project right now that I can only edit in FinalCut Pro. I haven’t picked it up since 2015 so it’s been a learning experience for sure. But it is kind of fun switching up NLEs. Makes me feel a little invincible, like if we evolve past keyboards and monitors and have to start editing with holographics – I'll be ready.

LBB> Outside of work, what are you doing to unwind and break out of the work life and design bubble?

Lexi> I like taking really long walks and listening to music or podcasts. I used to walk all over LA from Los Feliz to Hollywood, Downtown back to Los Feliz. I think I just like exploring. Really though, if I’m honest, my favourite way to unwind is to rewatch an episode of Gilmore Girls.

LBB> And what are you doing to inspire your work creatively?

Lexi> I like watching old film main titles from the ‘60s, ‘70s and ‘80s. A lot of that work still holds up so when I'm starting on a new title, I usually go back and watch relevant ones for reference and inspo. One of my favourites is Flash Gordon: 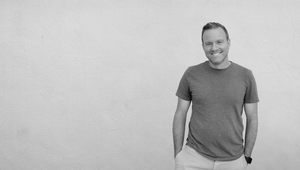 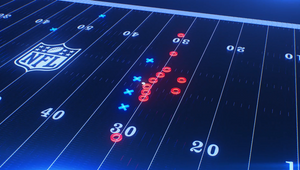 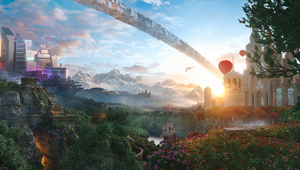 Cinemark XD Shows Why Movies Are Made for the Big Screen 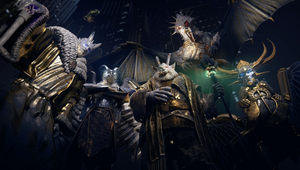 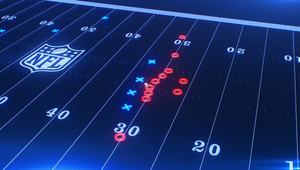 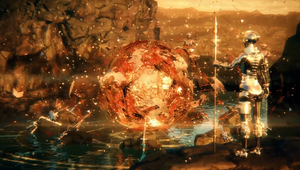 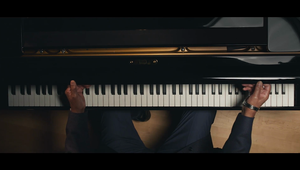 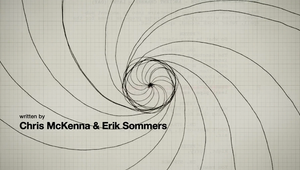