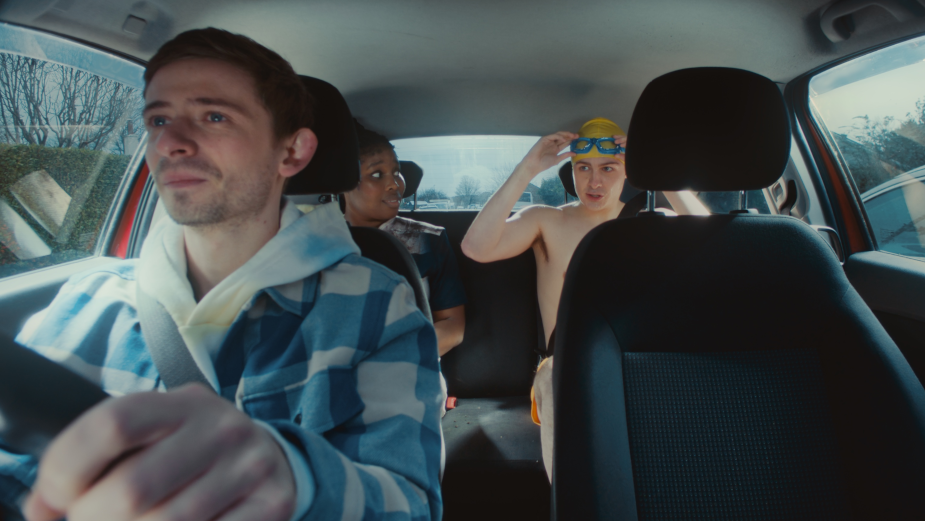 The Department for Transport today announces its new campaign for THINK! to help reduce handheld mobile use amongst young drivers. The work coincides with the introduction of stricter laws in Great Britain making virtually any use of a handheld mobile at the wheel illegal.

Guardian Mates, created by brand and customer experience agency VMLY&R London, uses the power of influence and respect between mates to help drivers tackle the temptation to pick up their mobile while driving. The campaign aims to get drivers to confront their own perceptions and behaviour by making mates present in the issue, even when they’re not present in the car.

In the UK, the issue is more prevalent among drivers aged 17-24, with 42% admitting they occasionally make or receive calls on a handheld mobile while driving. But even among people of any age, over 50% are more likely to use their mobile at the wheel when alone than with passengers

A spokesperson at THINK! said: “Handheld mobile phone use at the wheel is a dangerous behaviour that we know young people often do when they think no one is watching. This campaign finds a way for those closest to our drivers to intervene and look out for them, even if they can’t always be there physically.”

A surreal series of films sit at the heart of the campaign, following two young drivers tempted to use their phones while behind the wheel. As they reach out to pick up their mobile, they are humorously reminded ‘Hands on the wheel? Hands off your phone’ by their suddenly present, safety-conscious guardian mates.

“We all know the feeling. Your phone’s ringing, the group chat is popping off, or shuffle has thrown up the worst tune in musical history. The temptation to pick up your phone is ever-present. We’ve continued our five-year strong strategy centring around mateship and leaning on humour to drive real behaviour change; to stop young drivers reaching for their phone, even when they are alone in the car,” said Tom Reas and Liam Riddler, senior creatives at VMLY&R

The campaign launches in line with the introduction of new laws across Great Britain making the use of a handheld mobile at the wheel illegal in virtually any circumstances. The law also makes it easier for police to enforce, with those caught risking fines up to £1000, and 6 penalty points - enough to lose your licence in the first year after passing your test.

Guardian Mates was directed by Josh Cohen through OB Management, the team behind THINK!’s recent Mates for Life campaign. The work launches as a series of films across VoD and online with further activations across social and radio. Campaign research and insights from Kantar, Partnership from 23Red, with media planning and buying by Wavemaker and Manning Gottlieb OMD.

VMLY&R Unveils The Home of Connected Brands: Shaping the Future of Business
View all News