Henwood launches novel at the Galateca Gallery in Bucharest 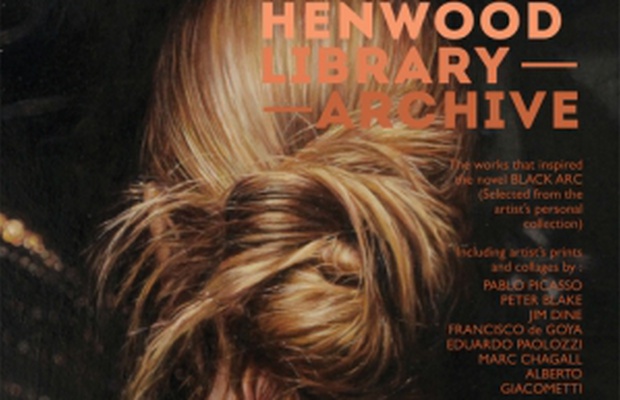 Our Director Simon Henwood launched his novel at the Galateca Gallery in Bucharest at the end of October, yet the exhibition still stands till the end of January 2015. It features works by other artists that have influenced Simon throughout his life like Picasso, Chagall, Goya, Giacomettie, Paolozzi, Andy Warhol and Sir Peter Blake.
These artists have also inspired Simon to write his first novel 'Black Arc' which was launched at the Galateca gallery in Bucharest. Also exhibited are the artist's new portraits of Kids from Transylvania, a project started last summer after his 'Henwood Library - The Love of Books and Art' successful 2013 show at Galateca. Find out more here.
Throughout the years, for two decades, Simon Henwood has experimented on various artistic fields, from painting, drawing, photography and books, to animations, music videos, installations and new media. His works have been exhibited all around the world, being presented at the MOMA (NYC), ICA (London, UCLA Hammer Museum (LA) and Galerie Sophie Sheideker (Paris) in a double exhibition with Francis Bacon.
The artist is known for collaborating with Kanye West, Rihanna, Alicia Keys, Roisin Murphy, Badly Drawn Boy or Imogen Heap for whom he directed music videos, made concepts for the campaign tour as well as for the albums, costumes, scenography or graphic design.
Watch his films, read his books and gaze over his photography at the Galateca Gallery if you get the chance!