Director shoots ‘Have Some Pride’ promo for People Like You 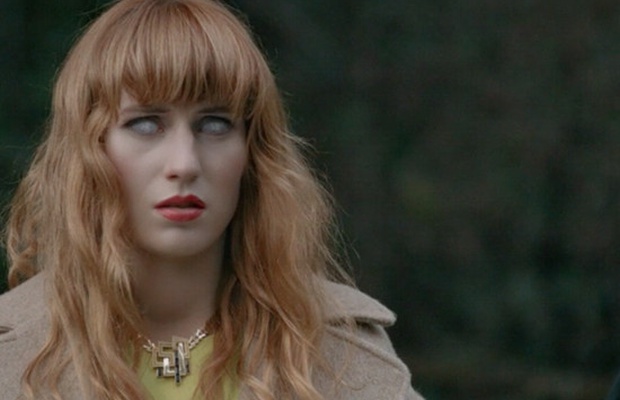 Released this month, ‘Have Some Pride’ is short film style promo written and directed by Yvette Farmer, a truly Hitchcock-inspired alien mystery for the electro-pop duo ‘People Like You’.

Yvette immediately connected with the track and theme leading her to create a cinematic, narrative promo filled with obsession, referencing Hitchcock’s ‘Vertigo’ (1958), whilst at the same time playing with the audience’s perception of who is alien and who is human as the story unravels.

“Visually, the mystery woman needed to stand-out like an escaped budgie as an exotic and colourful presence in the film. I was inspired for this by childhood my pet budgie.  It escaped, and the kids on the street told me it wouldn’t last long because the local birds, the starlings & sparrows, would attack it for being so foreign. That’s why the character’s hiding her bright yellow body under a beige coat…,” said Yvette Farmer

It was important for Farmer, that the film’s look referenced the Technicolor of Hitchcock’s films from this period and the work to achieve that started in wardrobe & art direction choices, choosing colours to ‘pop’ on screen and continued into the grade where she spent many hours achieving a close match.

Shot over 2 days at several locations in North London, this quirky film’s final location was set in the abandoned platform location was the site of Crouch End Railway Station.  The man sized ‘Spriggan’ sculpture by Marilyn Collins featured refers to a local urban legend, a ghostly 'goat-man' who apparently haunted the walk in the 1970s and 1980s. Local children playing out in the evenings would 'dare' each other to walk the Parkland Walk from the Crouch End Hill bridge to the Crouch Hill bridge in the darkness. The sculpture, and Parkland Walk generally, also provided the inspiration for Stephen King's short story "Crouch End".

MIBs - Adrienne Dennehy & Manuel Moutier aka People Like You

Make Up & Hair Artist - Ala Pangracova