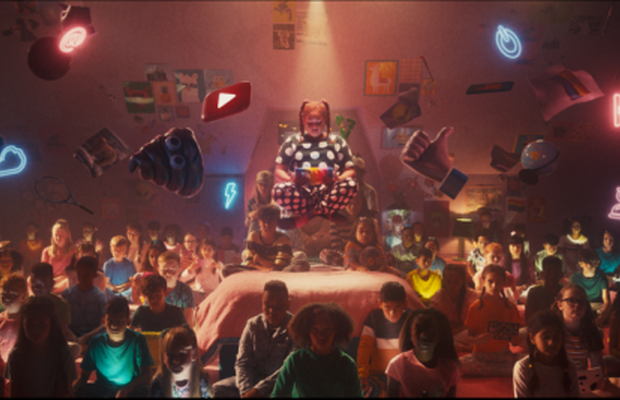 Virgin Media is today launching the second instalment of its ‘You can do anyth-ing’ campaign, born from the creative platform “Unlimit-ing”, which was pioneered by adam&eveddb earlier this year. The next phase of the campaign is fronted by a new TV ad which paints a colourful picture of what life feels like without limits and dramatises the endless possibilities of Virgin Media’s amaz-ing TV, lightn-ing fast broadband and neverend-ing mobile data.

The campaign will run for two months, with the 60 second TV ad first premiering on 20 September during the kick off game for the Rugby World Cup aired on ITV. The campaign will also run across VOD, and social media, as well as with an accompanying direct response strand, with media planned and bought by Manning Gottlieb OMD.

Building on the narrative of the first 'You can do anyth-ing' campaign, the new TV ad sees Virgin Media pivot the focus to a girl’s electrifying realisation: “I can do anyth-ing” as she realises she can watch all of the best content wherever and whenever thanks to her family getting Virgin Media services installed. Throughout the ad, the cheeky and spirited young protagonist’s awareness that she can do anyth-ing comes to life. She confidently interrupts a TV bingeing session to pose with her family next to bursts of fire, enthrals a bus-full of best friends, nonchalantly performs master footwork on the pitch and hosts the extreme sleepover of every child’s dream.

The TV ad was directed by the acclaimed and innovative Raine Allen-Miller from SOMESUCH, who imbues it with a dreamy playfulness and a palette of rich colour, which is perfectly complemented by a toe-tapping, head-bobbing bespoke remix of SL2’s On a Ragga Tip that plays throughout. As an ‘unlimiting’ bonus, viewers won’t only be restricted to hearing this revival of the 90s rave tune in the ad breaks, as Virgin Media will make it widely available for purchase – including on Apple Music and Spotify.

Throughout the campaign, shorter 30 second versions of the ad will also air. Viewers will see how Virgin Media unlimits amazing content for its customers by making it easy to access Amazon Prime Video straight from the V6 box, stream films on the go with our unlimited data, and watch the best football from BT Sports in 4K and Sky Sports in eye-popping HD definition.

Director of brand and marketing at Virgin Media, Cilesta Van Doorn, said: “More than ever, we’re focused on what connectivity allows people to do and experience. At Virgin Media, we’re all about building connections and removing limits, so our customers feel free to connect to the people and things that really matter to them. And that’s exactly what “Unlimiting” articulates and precisely why we’ve taken this bold creative direction.”

adam&eveddb chief creative officer, Richard Brim, said: “This is our second big piece of work with the Virgin Media team, and it felt great to build on the bold energy and vibrant visuals already established with “Unlimiting”, whilst still keeping it fresh and fun.”

Soundtrack Name: "On A Ragga Tip"