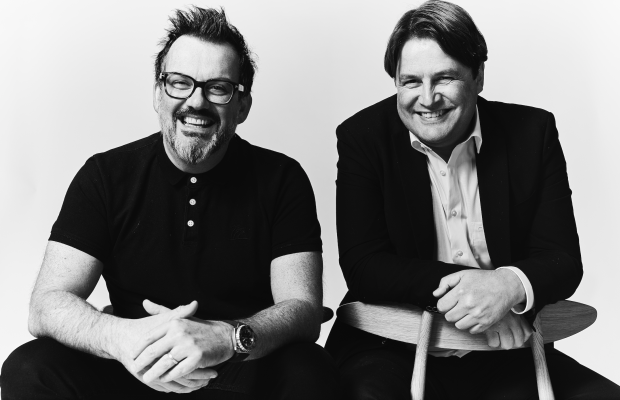 Wunderman Thompson announced today that it has appointed Bas Korsten and Daniel Bonner as global chief creative officers. Korsten and Bonner will lead the global creative community and together they will focus on raising the standard of Wunderman Thompson's work while harnessing the full breadth of the agency's capabilities. Bas will continue to be based in Amsterdam, while Daniel will continue to be based in London. Both executives will report to global CEO, Mel Edwards.

Creativity is fundamental to Wunderman Thompson's growth and together, Korsten and Bonner will be responsible for driving the Wunderman Thompson offering forward and setting the agency's creative vision. Each executive has a proven track record of collaboration, and establishing growing teams from which award-winning work has flourished, including Cannes Lions, D&AD, Clio, LIAA, ADC and One Show.

Prior to this role, Korsten was creative lead for Wunderman Thompson Amsterdam, and he headed up J. Walter Thompson’s Global Futures Council. His ambition and commitment to creativity turned a traditional office in Amsterdam into one of the most talked about and awarded agencies in the world. He has created several game-changing campaigns including the double Cannes Grand Prix winning The Next Rembrandt and has been recognised around the globe including 35 Cannes Lions to date. He was included in Ad Age’s Creativity 50 together with Tom Ford, Prince and David Bowie, and has been named by Adweek as ‘One of 10 Global Creative Leaders who are reinventing the Ad industry.’

Previously, Bonner was global chief creative officer at Wunderman. Recognised as one of the most prolific creative directors of the modern era, Bonner has led teams to more than 20 Agency of the Year titles and one Agency of the Decade award. He was invited to be a Fellow of the Royal Society of Arts as well as named No.1 Digital Creative Director in the UK by Campaign and 'Influencer of the Year' by Creativepool. Daniel has served as a Cannes Lions jury member three times, and in 2019 he was the Cannes Lions Jury President for Ecommerce Jury and Experience Track Ambassador.

Mel Edwards, global CEO, Wunderman Thompson, said: "Bas and Daniel each have an eye for creative solutions and a reputation for putting innovation at the heart of everything they do. Their ability to make ground-breaking work is why they are the ideal creative leadership team at our agency. I couldn't be more excited to see what the two of them accomplish as creative leaders.”