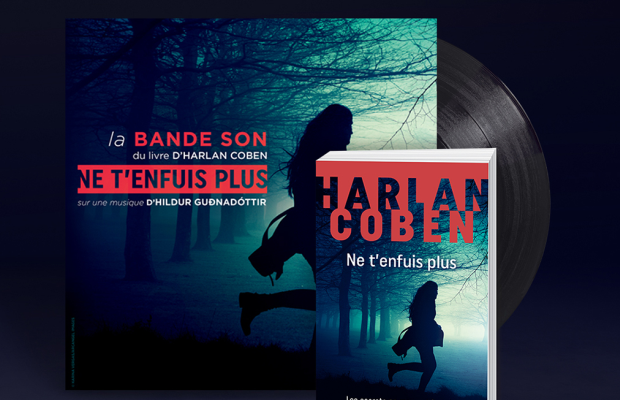 Bestselling American thriller writer Harlan Coben and composer Hildur Guðnadóttir (Chernobyl, Joker), have collaborated to create a soundtrack and performance to accompany the French release of Coben’s latest novel - his 31st - 'Runaway' (Ne t’enfuis plus). The project, created by BETC, brings together two artforms that rarely meet, creating a unique experience, and introducing new audiences to Coben and Guðnadóttir’s works.

Guðnadóttir combines the cello, zither, organ, piano, vocals and more to create an atmospheric, sometimes eerie, contemporary soundtrack. The title of each song, such as 'Missed Connection', 'Stray Bullet' or 'The Mysterious Sect', corresponds to a page number indicating the precise moment the reader should begin each track.

Created by BETC with publisher Belfond Editions, the experience premiered at Paris’ iconic Olympia music hall on Monday, November 18th. Extracts from the novel were read on stage by actor Stéphane Varupenne of the Comédie Française and accompanied by the specially curated music. Harlan Coben and Hildur Guðnadóttir were in attendance, sharing their sources of inspiration.

Coben remarked on the collaboration: “I’m not sure if there has ever been a soundtrack set to a reading experience. When I write, I can’t just stir your mind - I have to stir your heart. Hildur picked the perfect music for Runaway to do exactly that."

When asked about creating soundtracks, Guðnadóttir said: “With films and TV series you have so much visual info, it takes over. ... When you’re reading and when you’re listening to music, you have much space to create your own world.”

A limited edition of vinyls are available for sale with the books, and the soundtrack can be listened to online at runaway-ost.com.

Stéphane Xiberras, president, BETC Paris, says: “When you watch a movie, a TV series or play a video game, music is a key element for immersion. So, why not make a soundtrack for a book? Guðnadóttir combines acoustics and electro sounds that result in unique works that complement Coben’s writing; full of twists and dark turns. Harlan Coben already has millions of fans worldwide who will snap up his latest book but we want to give readers something new and unexpected. ”