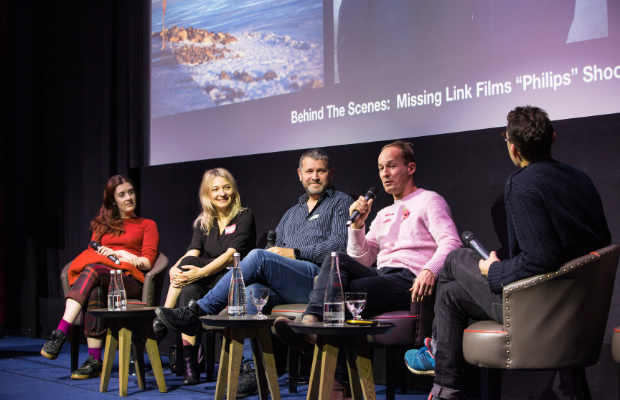 As part of Media Technology Day 2019, a group of industry professionals gathered at Soho’s Ham Yard Hotel for a discussion. The question, posed by Cinelab London, drew in a curious crowd: why isn’t shooting on film a thing of the past?
Since 2013, Cinelab London has worked with over 500 cinematographers and on over 420 commercials in 2019, including the likes of Nike, Adidas, John Lewis, Hugo Boss and Mercedes. Despite huge digital innovations over the years, they’ve seen a renaissance in film stock as the creative medium of choice for so many filmmakers, including younger talent.
Cinelab co-founder and CEO, Adrian Bull, joined co-founder and managing director, Ben Link of Missing Link Films; Simona Cristea, head of colour at Coffee & TV; and Katie Lambert, head of music at Stink Films, in a discussion led by chair, Ed Sayers, an independent film director and founder of straight 8.
Adrian kicked things off by admitting that he didn’t think film would be around for very long once digital came in, spending 25 years working within the digital space after having worked in film for a few years. “Ten years ago I saw film in decline driven by a switch from print film to digital. In fact, not just in decline but in real danger of its knowledge and capabilities disappearing forever. I just had to step in. Most labs were closing down and we wouldn’t accept the lack of choice and of losing film as a format for future generations.”
KFC - Chicken Town processed and scanned at Cinelab
That’s when Adrian founded Cinelab in 2013, but it wasn’t an easy journey: “At the end of that very first year we had only processed 550,000 feet of film - it may sound like a lot but believe me, that’s an appalling amount. We were on the edge, wondering why we were doing this at all. We were trying to stabilise the interest in film stock against the constant evolution of digital cameras.To put it into perspective, by the end of 2018 we processed five million feet of film. And in the last four months alone, we’ve processed three million feet. So we’ve seen a massive turnaround in terms of volume and the sustained commitment from people across all genres of features, commercials, promos, short films and independents.”
“The question that is always asked is: why use film?” says Ben. “ Really, the question should be: why is digital the default? I think it’s important to embrace technology without completely losing something that has been around for a very long time.”
Philips - Shouting Men produced by Missing Link Films
Coffee & TV’s Simona put it well: “Artists have so much choice - oil, watercolours, acrylics - what would make them choose one above all others? Why would they get rid of one of their choices? Why would we get rid of film?”
Ed Sayers, who works with leading agencies and brands as an independent film director, is passionate about shooting on film. Encouraging filmmakers to experiment with analogue, Ed founded straight 8, a global short filmmaking competition that challenges applicants to make a short film on one cartridge of super 8 without editing a single shot. He argues: “Good producers can obviously work on digital too, we’re not saying one medium is better than another - just that film should not be forgotten.” 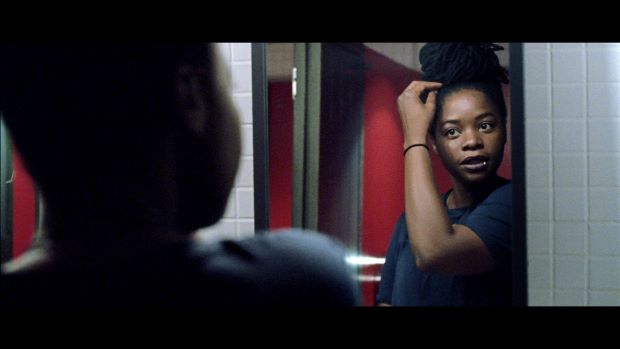 A still from Speech Debelle 'Terms & Conditions' directed by Ed Sayers
He adds: “I find that actors are more on their game on a film shoot. Every time you shoot a take, it’s a piece of theatre because something physical is being used. With film you’ve got to have a well run set, you can’t just do take after take like you can with a digital camera. It’s great how unrestrictive digital is but on the flip side, producing tonnes of material doesn’t help anyone and can be overwhelming for the editors and team in post.”
Katie Lambert, head of music at Stink Films, states that around 80% of their projects are shot on film and argues that there are “loads of reasons why film can actually help you save money on low budget films. The process is a lot more efficient.”
Simona agrees: “When you shoot on film, you’re more than halfway there. You get a beautiful picture much quicker and you can save time in post. Film has subtleties and sophistication that I’m afraid to say that no matter how amazing digital cameras are now, for me, they just don’t get there.”
Simona Cristea grading showreel
She continues: “Digital cameras always shout about their specs like how they can shoot in 8k, but you can scan film in 8k too if you want to. If people are scared about film being this grainy, foggy aesthetic, it’s absolutely wrong. I’ve worked with film for 10 years and know how beautiful, clean and non-grainy it can be.”
Katie adds: “We’ve had a client call us up the night before a shoot to question whether we should still go with film, worrying about whether it would come out grainy. But the moment they saw the first cut, they loved it. There shouldn’t be a fear surrounding it.”
Carnage - Holy Moly produced by Stink Films
Ben believes that young filmmakers have a hunger to learn more about the medium. “They haven’t grown up with film and want to experience it. We need to be encouraging this and educating them. They should come to people like Cinelab who are supporting the analogue medium.”
To conclude, Ed reminisces back to childhood holidays: “What I love about film is the delayed gratification you get like that we used to get with our holiday snaps, shot on Kodak cameras. There used to be an excitement and anticipation to receive the final images, reliving the moments through photographs at a later time. Saying that, there is a misconception that shooting on film means having to wait days to see the results. But we negatives can be scanned and sent through to a Dropbox folder within 24 hours when needed.”
“As an industry, one of the things that we’ve lost control of is the mystery and the magic,” Ed says. “We see that brought back when people can’t see what the scene will look like yet. With digital set ups, you find people constantly checking and distracted by their takes on screen. There’s no magic of the big revelation at the end.”