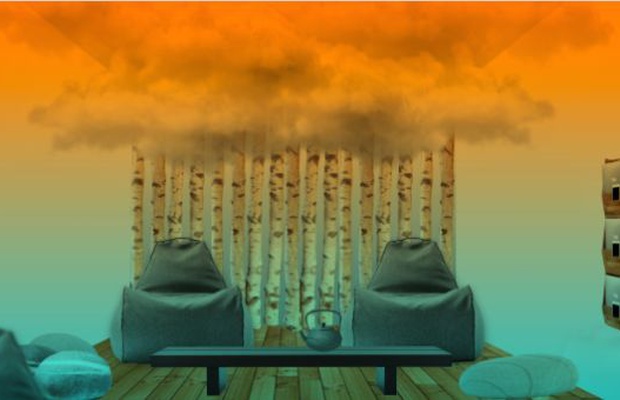 Hack days are traditionally devoted to developing new tech or software. A group of programmers, designers, coders, project managers and general thinkers get together for a period of intensive brainstorming, idea building, prototyping and exploration.

They’re a movement that’s been embraced by the ad industry. At the heart of a hack day is the drive to push your mind to its furthest to eventually create something that’s useful, impactful and amazing - and that’s a great opportunity to not only flex your creative muscles but also to show off to clients. 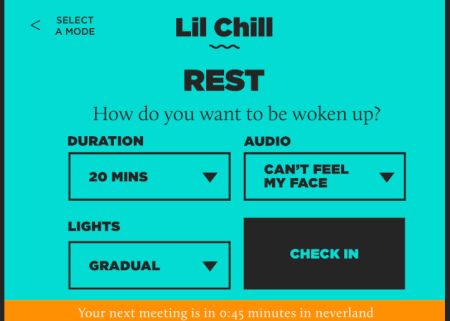 New York agency Big Spaceship, which has enthusiastically run hack days during its 15-year life, recently flipped the hack day model on its head, with the aim to create something much more palpable than the techy outcomes of norm. The agency has outgrown its founding office in Brooklyn’s DUMBO neighbourhood and is set to move into bigger digs across the street. The company saw their most recent hack day as an opportunity to both drive up excitement about the move and put the team’s brains to work about how best to use the new space.

“We don’t actually lay claim to the new office for a few months yet and things are getting a little tight in our current office,” comments Michael Lebowitz, Founder and CEO of Big Spaceship. “This seemed like an opportunity where we could get people extremely excited about the new space and what’s coming forward and how it’s going to open up new possibilities.”

What’s more, the idea to run a hack day dedicated to a physical space wasn’t just inspired by Big Spaceship’s new home; it represents a wider look at the ad industry itself. “The day also let them really use their skills to focus on things beyond screens. And that relates to what’s happening in the industry right now - digital meeting physical and the barrier between them becoming more permeable,” comments Michael.

Office design and culture isn’t something that employees tend to have a say in, despite being one of the most important parts of an employee’s working life. The environment in which they sit could be the difference between productivity and distraction. And for Michael, having the employees involved in the process brings two benefits, stretching as far as affecting their clients’ ways of thinking. 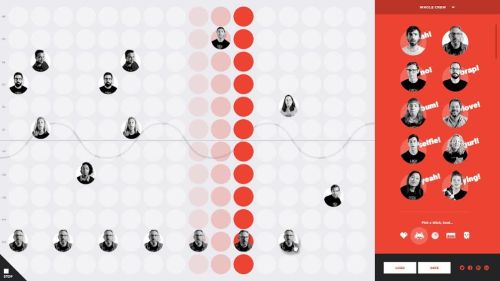 “Having people thinking about organisational design - which is a passion of mine - will mean they are thinking about how we work as a culture, as an organism. If that’s in everyone’s minds going forward, that will level us out. But also I think it brings a type of thinking that we are both implicitly and explicitly trying to bring to our clients. We want them thinking that rigid, siloed structures don’t function very well in the connected world and you need some elasticity to your business. I think we now have clear examples of that both in the process of the hack day and a lot of its output.”

To further instil that mindset into Big Spaceship clients, Michael and his team are approaching them with ideas to host hack day-style events. “It’s always a good idea to take a really concentrated time to think really, really big. While you might not be able to execute on those ideas immediately, you start to set the beacon of what that work and that brand could be,” he comments.

The hack day itself conjured a massively broad range of results. On one end of the spectrum was the idea of a music sequencer that used samples of Big Spaceship crewmembers making sounds. The best part, though, was that the team used capacitive paint that meant any part of the wall could be a trigger for the Big Spaceship crew-made sound. Of that idea, Michael muses: “They were bringing us figuratively and very literally into the walls of the new space.”

On the other end of the spectrum was a very complex challenge to do with food. The new office comes with a restaurant quality kitchen, and one team set out to solve problems of food waste, limited lunch options and the fact that restaurant workers are often not paid well with a not-for-profit business plan that involved in-house made lunches, cooked by a well-paid team, and that could be digitally pre-ordered to avoid wastage.

The winning idea, though, was a wellness space developed by Team Chill, inspired by the fact that stress is the number one health problem according to the World Health Organisation. The team found that meditation alters the brain’s neural pathways making you more resilient to stress.

“They put together a very well-thought through, very whole plan on how to create a space that would increase the sense of wellness in the office,” Michael explains. “They prototyped how the whole room would be run through an application on a tablet. It included how to turn down the lights for certain moods, and they even worked out how they could trigger different scents in the room through the app. That’s a pretty amazing, sophisticated thing to do in 24 hours.”

Overall Michael was extremely positive about the results to this less traditional hack day. “Selfishly and personally, I love hack days because I get to see what the entire team is capable of both in terms of the depths of their thinking and what we can produce in 24 hours. For this one, though, the astonishment was amplified by the fact that there was a technological layer to every idea proposed. It was very holistic thinking. Every idea was aligned with the values of Big Spaceship. It felt like the most whole and true-to-us hack day that we’ve ever done. It blew my mind to be honest.”