Unwrapping the Mystery of HarperCollins India’s Intriguing Film ‘The Parcel’ 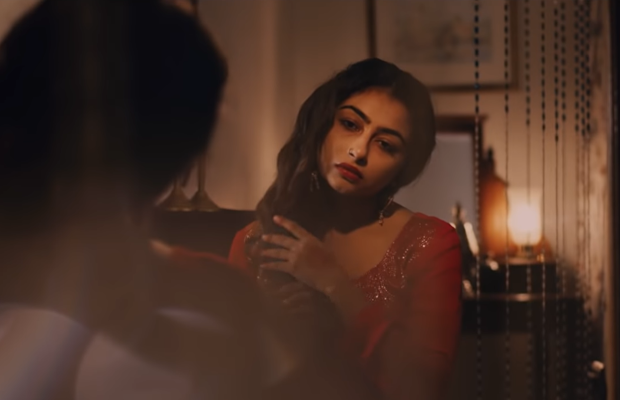 No one can resist a bit of intrigue, can they? That’s what publisher HarperCollins is banking on with their new Indian campaign, an eight-minute mini-movie that keeps the viewer guessing until the end.

The Parcel was created by agency Taproot Dentsu Gurgaon, to celebrate the power of a good story, however one chooses to experience it. It follows two friends, Ali and Ved as they head to Lucknow on a road trip. During the journey, Ali entertains the impressionable Ved with a story about a woman who receives a mysterious parcel – though as things unfold the tale begins to take on a dark, sinister edge.

You can watch the film in full below:

Ananth Padmanabhan, CEO HarperCollins India explains that the film is their first foray into moving image but that the brand hopes that it will be the first of many. “Who doesn’t love a good story that keeps you on the edge of your seat?! At HarperCollins, we are constantly thinking of new ways and new platforms to reach audiences through storytelling, and Parcel, our direct to screen offering will be the first of many more. As our audiences take to audio visual, so will our stories. Crime fiction has always had an appeal both in the written and visual medium, and our crime fiction promotion aims to showcase the extraordinary range of stories, of which we have many to offer. I hope audiences will love this film.”

In terms of bringing the story to life, Taproot Dentsu Gurgaon creative head Titus Upputuru not only wrote the script but directed the film too. It’s not the first time he’s turned his hand to directing – he’s shot a frenetic spot for bubblegum brand Chingles, an emotional mother-daughter short called Tumhaari Amma for a blood pressure monitor and a tragic film called Project Hers that deals toilet provision for girls. But this is the first time he had ever tried a nail-biting suspense drama. “It was very tempting and very challenging – so I just jumped in,” says Titus.

Though the budget and schedule were a ‘challenge’, Titus has an ambitious and creative approach to visual storytelling. “The kind of visualisation that I had in mind, with several ideas on how to execute the narrative in Ved’s mind, the producers were going crazy. They felt I could not achieve so much in the scheduled budget and time. Timelines were an issue too,” reflects Titus. “But by God’s grace, everything worked out well. Ananth and team gave us full support. Another challenge was that I had to work with newcomers. But they worked hard and did a good job.”

Getting the three leads right was key to the success of the film. “When we started casting, I wasn’t looking for actors. I was looking for my characters. For Ali, I wanted someone slightly laid back with a know it all vibe, as he was the older of the two. He also had an affair in the past, was married and was going through a blackmail situation. So I wanted an actor who seemed to have gone through a lot. For Ved, I really wanted to cast someone very young, inquisitive and someone who was willing to take up the game,” explains Titus. “Finding Zareena was the hardest. But Riya had a sense of mystery that I was looking for and she did a great job without a single dialogue in the film. I had to work differently with all 3 actors to bring out the performances but to their credit, they were in it one hundred percent.”

Another core challenge was keeping the intrigue up and the tension taut for the whole duration of the film. That meant that there was a lot of heavy lifting in the edit – editor Rahul Aswathi had to contend with the complex, non-linear script while also keeping the suspense high. Music too played a critical role in the atmosphere tense. Titus called on composer Rupert Fernandes, with whom he’s worked before.  “I had always liked the way he would bring a certain sense of class into the film. He wasn’t well at the time of composing but he was so kind and pushed himself to make the haunting melody,” says Titus.

Since launching on Facebook and YouTube on November 25th, the film has taken on a life of its own – viewers have been debating the meaning of the story and offering up their own perspective on the mystery. And if a good story is one that gets people thinking and talking, then The Parcel has succeeded.