Unboring the Future with Peugeot and BETC

The exhilarating campaign was created by BETC 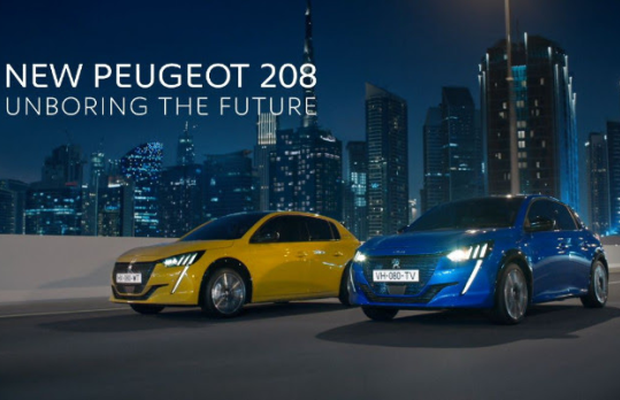 While the car industry is on the road to change like never before, Peugeot uncovers its new vision: Unboring the Future. It is a rousing slogan, almost like a statement from car lovers who reject the idea that energy transitions or, further down the line, self-driving cars somehow erase the auto industry’s 120-year history of their commitment to serving the pleasure of driving. The slogan, as described by Jean-Philippe, director of Peugeot, assures that “boring will never be part of our DNA.”

Unboring the Future is more than just brand positioning. It is a business project, introduced today by the new Peugeot 208, a key launch for the brand. “With this vehicle, you can choose between a combustion and an electric engine, without having to make any compromises on the design. The car also highlights the capacity for brand innovation with its new PEUGEOT i-Cockpit 3D,” explains Thierry Loziano, marketing and commutations director at Peugeot.

To accompany this important launch, Peugeot uncovers its international project that, by its pure nature, illustrates their promise to ‘unbore’ the future.

It starts with an innovative project that the brand will reveal at the beginning of November after uncovering the electric version of the new 208 (the first electric car of Peugeot’s ‘new generation’). It is an experimental project that challenges a genuine societal issue: sound pollution. Along with advertising agency BETC, Peugeot has developed the first billboard capable of transforming sound wave vibrations emitted by the city into electric energy. The energy gathered will contribute to charging the vehicle, a vehicle that returns the favour by making towns quieter. For Rémi Babinet, founding director of BETC, “as piezoelectricity technology is in development, this experimental project perfectly illustrates Peugeot’s mindset—always determined to innovate in order to make the town of tomorrow better and more exciting. Without sound pollution, our towns will inevitably be more ‘unboring’.”

The new Peugeot 208 campaign will be launched on the 7th of October. “This campaign had to be the face of the new Peugeot 208, which is both intergenerational and global. It gives us great pleasure to show that a car can still be a source of fantasy and dreams for younger and older people alike,” says Thierry Lonziano.

“What do you think the car of the future will look like?” This is the question that a journalist asked children from around the world 50 years ago. They responded with very precise answers, no flying cars but instead a car that could easily be mistaken for the new Peugeot 208. For Antoine Choque, executive creative director at BETC, “the challenge was to recreate ultra-realistic archive-style television images and to combine them to create a mimic documentary. We let the audience get comfortable before contrasting these ‘archives’ with the very sleek and modern images of the new Peugeot 208, shot in an ultra-futuristic urban setting. The film is a fun nod to the ‘found-footage’ genre and adopts a decidedly ironic tone that frees itself from the usual codes of the automotive segment.”

The film was directed by multi-award-winning German director Jan Wentz and the music was composed specially by Trak Invaders. The campaign will be broadcasted in France from the 7th of October and then internationally on TV, cinema, digital and social networks.