Tradera Unboxes the Facts of Consumption in Campaign from NORD DDB 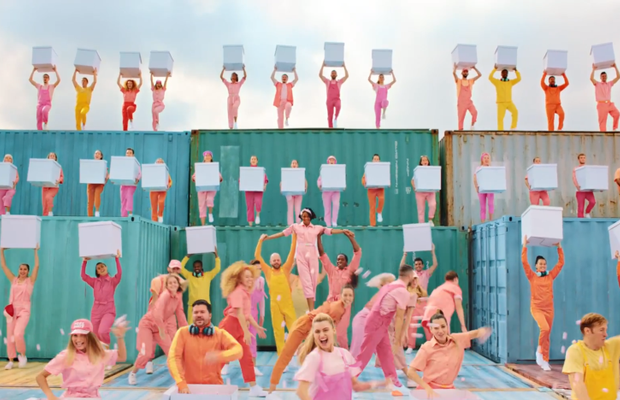 The Swedish equivalent to eBay is now launching their new concept 'For Greater Goods' together with NORD DDB, where after 20 years of working with circular consumption, their position within sustainability has been solidified. Along with the new concept, the first campaign is also launched: 'Unbox the facts of consumption'. With this, Tradera raises the issue of the constant consumption of new products, and presents facts such as consumption accounts for more than twice as much emissions as aviation.

In the first campaign for the concept 'For Greater Goods', the story of our consumption is dramatised, including a film in which a colourful cabaret dances as if there is no tomorrow on a container ship to the tones of the German krautrock band Can’s classic 'I want more'.

For Greater Goods outlines both Tradera's selection, and the fact that there can be a greater purpose with how we consume. Tradera is leading by example, and have reviewed their entire business by, for example, changing their vision, removing the stores that sell newly produced goods off of their platform, and initiating a plan on how to work sustainably that is linked to the UN's climate goals. In addition, Tradera is developing ways to make it easier for the consumer to understand the impact consumption has on the climate through, among other things, CO2 labeling on clothing and climate-compensated shipping.

– Tradera has been driving circular consumption for 20 years, but the issue has never been more relevant than today. At a time when new gadgets and clothing are becoming both cheaper and more accessible, our role in representing sustainable shopping is more important than ever. We are determined to make a difference in order to influence this in the right direction. But the most important thing will always come down to our product, offering a service that adds something bigger to people's lives than new stuff, says Chantal Olsson, Brand Manager at Tradera.

The campaign and concept have been developed by NORD DDB The film is produced by House Agency with Hanna Ostrowski as producer and Hobby Film with Oskar Bård as director.

The concept goes live today and is available on YouTube, play services, outdoors, social and through collaborations with influencers.

Composer: Can “I want more”