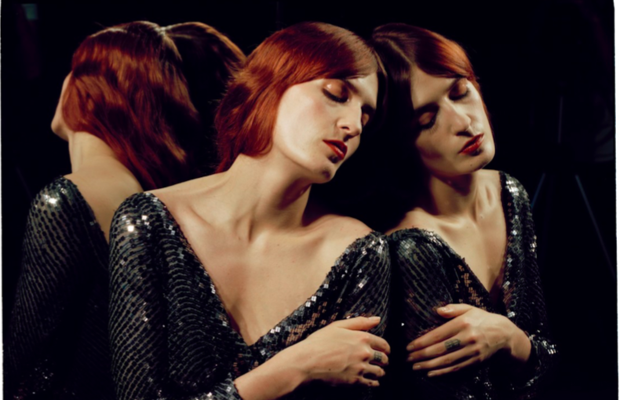 A portrait of musician Florence Welch by photographer and director Tom Beard is on display at the National Portrait Gallery in their New Acquisitions exhibition. The portrait was taken by Tom Beard for the cover of Florence Welch’s seminal album ‘Ceremonials’ (2011).
As part of the events programme for the exhibition Pre-Raphaelite Sisters (17th October 2019-26th January 2020), Tom and Florence will be in conversation with curator Fiontán Moran on Friday 6th December about the Pre-Raphaelite aesthetic and how it continues to inspire them.
Florence Welch is the vocalist and songwriter of the band Florence + the Machine. Their debut album Lungs (2009) won the Brit Award for Best British Album in 2010. A multi-award winning musician and songwriter, Florence has released four studio albums as Florence + The Machine, and last year released her first book Useless Magic, a collection of lyrics, poetry and illustrations.
PRETTYBIRD UK are the agents for Tom Beard’s commercial, music video and photography work, Prettybird executive producer and UK co-founder Juliette Larthe is currently working with him on pre-production of his second feature film.
Tom began collaborating with Florence Welch when they studied together at Camberwell College of Arts in London in the mid-2000s. He has produced the artwork for all four of the group’s studio albums including this portrait of Florence for the cover of Ceremonials, released in 2011. Tom’s portrait signalled a new, sleeker aesthetic for Florence, inspired by art deco and early-twentieth-century fashion illustration.
With a deep-seated devotion to the values and processing of film, Tom spent his teenage years touring and snapping countless defining images and record covers for the likes of Florence & the Machine, Adele, The Horrors and Jamie T. His portrait of Florence for her 2011 album ‘Ceremonials’ was recently acquired by the National Portrait Gallery. Tom’s cover for Florence’s 2016 album ‘How Big, How Blue, How Beautiful’ earned Florence a Grammy Nomination in the artwork category. Tom’s first feature film, Two for Joy, a coming of age drama dealing with issues facing Young Carers and mental health starring Samantha Morton, Billie Piper, Daniel Mays and Emila Jones, was released in 2018 to great critical acclaim.

Break Tradition and Knock Walls Down with This Glenlivet Campaign