Filmed in the Sahara Desert, Morocco, Star Wars: Origins is the culmination of three years’ work 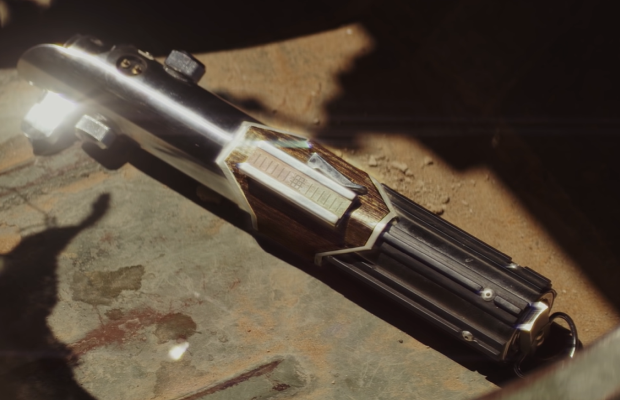 Star Wars:Origins aims to take a unique look at where it all began.

Behind what is possibly the most expensive fan film ever made are award-winning team, and lifelong Star Wars fans; writer/director Phil Hawkins and Executive Producer Gary Cowan of Velvet Film Production.

You can check out the trailer below:

The trailer launched on the 25th of October to wide fan and critical acclaim. Across social media it has be viewed over 500,000 times. It’s been featured on websites such as /Film, Geek Tyrant, Blazing Minds, TV Overmind etc, had reaction videos uploaded to YouTube and sent certain fans into a frenzy of how the Star Wars and Indiana Jones universes could be combined.

Writer/Director Phil Hawkins and Exec Producer Gary Cowan didn’t want to just make your usual fan film. In setting out to make the film, they wanted to tell a story that exists in its own right and not a film that was just an excerpt from the original Star Wars universe or an existing character or side- story. But, it is an origins story...

“If you’re wondering where Star Wars: Origins fits in the timeline, you could say that this film kinda invents it!”, Phil laughs; “It’s a hard one to get your head around as we are firmly set on Earth in World War II but to explain it would really spoil the fun. I really don’t want to spoil the twists... of which there are a quite a few! I promise you that we’ve saved the big stuff for the actual film and really resisted putting it in the trailer. They’ll be a real reward for watching it until the end”

“When Phil first brought me the script, I was blown away at this fresh approach on the story”, Gary Cowan added “It’s a lot of fun and makes total sense as an origins story. As I life-long Star Wars fan who remembers that feeling of seeing the film on the big screen as a kid, I was able to bring more perspective to the story. I actually pushed the script further with a few elements which were important to me as a fan and filmmaker.”

Phil continued: “If you start out trying to write a Star Wars and Indiana Jones crossover - arguably the biggest and most successful franchises of movie history - you’d be right to be crippled by the thought of it. I also knew Gary would not be daunted one bit. But it’s not where I started writing. It was actually quite freeing not to be beholden to existing characters, timelines and stories and allow our characters to live and breathe in a way that’s hopefully refreshing and surprising for the audience. The parallels to Indiana Jones came a little later in terms of setting, scope and location. I mean, as soon as you set a film in the desert with archaeologists, Nazi’s, tanks and ancient relics, you’re half way there.”

Over three years ago, writer/director Phil Hawkins stopped making low-budget feature films in order to concentrate on this one piece of work. Star Wars: Origins is a risky investment in his own career in order to show the industry what he can do. Which, as a British filmmaker, required a bold move...

Phil Hawkins: “I’ve been lucky enough to make five feature films in the past - which were released by the likes of Sony Pictures and Netflix - but I could see a great divide from the low-budget films I was making to the scale and ambition of the films I’d like to make. Those films I grew up watching. Star Wars: Origins is hopefully a piece of work to help cross that divide and show the studios what I can do.

“We don’t really finance big budget ambitious film in the UK... to say you’re a “commercial” filmmaker is almost a dirty word. It’s a shame because we’ve got an amazing industry of crews, technicians and artists that service big Hollywood productions but we don’t really have any ownership of them. We don’t share in the profits to fund our own industry and are left with a ‘hand- out’ system from the BFI and lottery funding which tends to go towards non-genre fare which, inherently, isn’t commercial. Personally, I feel something needs to change. Our industry is pretty much dependant on the tax credit. If that went, so would Hollywood

“So, as a filmmaker from the UK, I’m left needing to get the attention of American studios to start trying to make the level of film I aspire to make. I’m hoping Star Wars: Origins is that attention grab. It’s a bold move to basically put everything I have into one film - that you’re not allowed to profit from I might add! - so I hope the film can resonate with both audiences and studios alike. Go big or go home, right?

Gary is an experienced commercials producer, working in the UK and internationally with the likes of Christopher Walken in recent years. He is also a huge Star Wars fan.

Gary Cowan: “Having spent most of my production time producing commercials and telling stories in 30 seconds I have been asked many times to produce drama or feature films, but always said no. I prefer very short timeframes. However, with the increase of short form content and new platforms appearing all the time, this project was perfect for me. Star Wars, Indiana Jones and not 90 minutes... I’ll do that!”

“I am now taking my businesses into this area and producing content for many big brands. Star Wars Origins gives me the ultimate calling card when I submit the list of scripts we have ready for platforms of the likes of Netflix.”

“This was truly a team effort and as Phil says we actually had people in hospital meaning others had to stand in, with schedules being rearranged constantly. Good thing Phil kept his cool under the extreme heat!”

The film was shot in the actual Sahara Desert. In June. At one point shooting some of the car chase sequence out in the exposed desert, the temperature hit 50°C / 122°F. It was a gruelling and tough shoot for all concerned but the determination of the crew to keeping shooting was admirable.

“We lost most of the crew to sickness throughout the shoot which made our eight day schedule pretty difficult”, Gary explains “Phil had to keep flexible, sometimes shooting scenes with two or three different people playing one of our leads who down with sickness in order to meet the schedule. It was pretty incredible to watch it come together.”

“One evening, our amazing drone team actually went and found a clinic in a local desert town and were hooked up to IV drips just so they could be present on the next day of filming. I didn’t know it at the time but they just didn’t want to let the film down by being sick. I was pretty floored by their determination to get the shot”, Hawkins added. “I think the adrenaline of shooting kept me going and luckily avoided going down with any sickness alongside producer Gary and our DoP Dave [Meadows] - although I definitely had the, shall we say, effects of it! When I got home I realised I’d contracted E-Coli from the shoot. We all definitely suffered for our art!”

Internal Film for Jaguar Land Rover is Fast and Furious