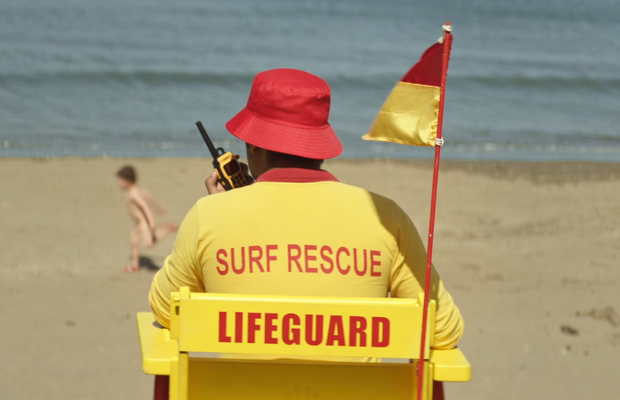 Sky and DDB New Zealand have released a new ‘Summer Of Sport’ campaign, as part of the Life Needs More Sport platform, that encourages Kiwis to let it all hang out this summer.

The work features a cheeky – literally – toddler who escapes the grasp of his dad, ditches his diaper and runs along a beach, making his way through a game of cricket, much to the delight of a group of toddlers who cheer him along. Just like iconic streaks in big sporting fixtures, he’s pursued by security, in the form of two burly lifeguards, but in this instance he leaves them in his dust and carries on running with a huge smile across his face.

Directed by Fred Bobbsey (aka The Bobbsey Twins from Homicide) through Finch, the film is accompanied by the cult Sixties classic ‘Let It All Hang Out’ by The Hombres. Commentary comes from the ‘voice of sport’, Ian Smith, making the campaign uniquely, and hilariously, Kiwi whilst reminding viewers of the pure joy a bit of sporting fun can bring to everyday life.

The film is accompanied by executions in out of home, print and digital, all of which celebrate Sky’s Summer Of Sport, with non-stop action across its 12 channels.

Chris Willingham, DDB New Zealand managing director says the agency saw an opportunity to take some great sporting flare and add it to to the kiwi summer tropes that New Zealand takes pride in: “It’s a beautifully simple idea that captures the joy of sport and the carefree spirit of a Kiwi summer combined. Ian Smith’s commentary, a consistent piece in all the Life Needs More Sport films, tops it off very nicely.”

Steve Bayliss, Sky’s chief marketing officer, is excited by how the new campaign will be received by Kiwis as the Summer of Sport gets underway: “If anyone is tempted to have a crack at bringing our latest campaign to life at the beach – we’d strongly recommend a little self-reflection.  As a general rule, the older we get, the more it shouldn’t be seen and can’t be unseen.  Nor is it easily forgotten thanks to cell phone cameras and social media.  Otherwise, let it all hang out and enjoy a wild summer of sport with Sky.”

Director: The Bobbsey Twins from Homicide

Music: “Let it All Hang Out” written and performed by The Hombres.

Volkswagen and DDB NZ Say Goodbye to the Iconic Beetle