Return of the Stock: Why Fashion Needs Film 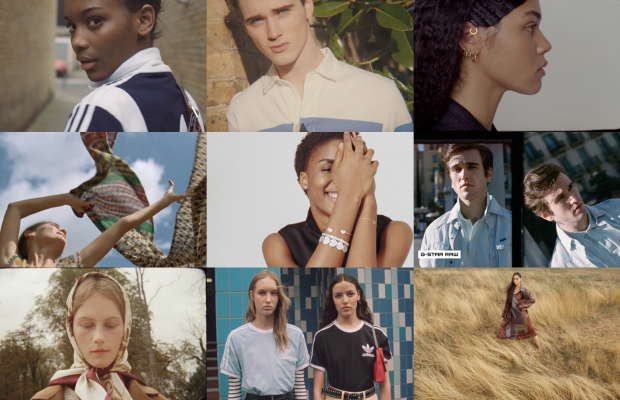 In the beginning was the word, and the word was film. From disposable cameras intentionally scattered on wedding tables to sticky tourists eagerly capturing holiday snaps - film was the king.Then, with the advent of digital, film disappeared - common culture re-formed around digital technologies and celluloid film was left by the wayside.

Fast forward and film is thundering back into fashion. Quite literally. For director of photographer Matthew J. Smith, there’s no better medium for capturing the colours and energy of a fashion campaign than good ol’ celluloid film. From Ralph Lauren to Mulberry, Net-A-Porter to Vogue, Matthew is an authority in shooting on film - now, he shares his wisdom on how film can elevate fashion and three of his most film-tastic pieces of work.

Q> Film is having a resurgence in popularity - but some of the terms can be confusing. Can you give us a super quick re-cap?

Matthew> For sure. Firstly, film is actually multiple formats - 8mm, 16mm, 35mm and 65mm. Each one has a certain aesthetic that lends itself to different projects.

16mm is the most popular for fashion shooting at the moment, because it’s still high definition, and quite crisp but it has some texture and grain, and the skin tones are really lovely. It’s a straight-out-of-the-box aesthetic. The other benefit of shooting on 16mm is that the colour grade needed afterwards is very minimal when compared to the work you would need to do on a digital image to really put some soul into it.

35mm film starts to get cleaner - in a way it's a bit more like a digital image but with superior colour rendition and subtle textural beauty. Because fashion is so much about the colour, shooting on film gives you the biggest palette to work with later because the colours on film have so much information. The beautiful thing about film is there’s a massive range for exposure, latitude and colour to be played with afterwards.

Q> And why do you think film is having such a feted return to the mainstream?

Matthew> Well, there’s definitely a younger generation coming through and wanting their images to look different. There are also those people who feel that they aren’t experienced enough and are trying to differentiate themselves. Then there’s people like me in the mid-term, who had a beginning in film and who understand it and are happy to do it, push it and totally trust the image quality.

Q> Shooting on film can be a daunting prospect for film-novice clients - how do you assuage those nerves?

Matthew> The one thing that people want to be reassured of is the quality of the image. On set, you’re looking at a degraded standard definition video tapped from a film camera - so, really you’re only seeing what’s in the frame, not how beautiful the image is going to be afterwards.

Now, this is a double edged sword, because on the one hand, the client is adamant that they don’t want the final image to look like that and you have to reassure them that it absolutely won’t. The flip side of that is that when they do see the final images, they’re so blown away by how much more beautiful it is than they expected. The two phrases I hear most consistently are, ‘oh my god, it’s beautiful,’ and ‘it’s so much better than we expected!’

Q> And I’m guessing those nervous first-timers were far more confident the next time shooting on film came up?

Matthew> Absolutely. I had a job recently that after looking at the creative brief, I knew I’d be able to do with just one assistant and a Bolex - a hand held wind up film camera from the 1960s. I pitched the idea of doing away with the entire crew and instead, trusting me, my assistant and the Bolex to achieve exactly what they wanted.

The client loved it and three projects later, using the exact same pared back format, the campaign was finished!

Q> There’s a shared assumption that shooting on film will be vastly more expensive than digital, but this doesn’t have to be the case. How can the two budgets be made comparable?

Matthew> In the first instance, what I like to say to a producer that might be slightly sceptical is, “how much do you spend on the hard drive for your computer?” - that alone can often be up to £1,000. That’s £1,000 saved straight away that we can use on film stock and developing.

Q> Okay, so film can be of comparable price and equal aesthetic beauty - when is it not appropriate for use?
Matthew> Film stock itself can be expensive and so the way you shoot with it is very different. There has to be a more focused and measured approach, really zero-ing in on what it is you want to achieve. It requires a far more considered approach to shooting. But, yes, shooting on film can definitely be of equal or comparable budget, with the savings made on not needing a ginormous hard drive or DIT.
The positive of digital is that it allows you to be far more experimental - shooting during rehearsals or whilst other people are shooting, just in case you capture something nice. Also, the client can see fairly reliably what the end product is going to be by looking at the monitors. With film, they just have to trust your judgement about what the end product will be. Sometimes I do put my hands up and say, ‘this job definitely needs to be digital,’ but I often find that once I’ve worked with a client and they’ve got to know me and the way I work, once they see the visuals that come out of the other end - they’re much more confident shooting on film.
#3 - Farfetch x Missoni - Directed by Laura Coulson, DOP Matthew J. Smith
Q> For DOPs (Directors of Photography), enmeshing yourself into sets and teams is half of the job - how do you find that aspect of the work?
Matthew>That’s just what we do - and it’s absolutely as important in whether or not we’re successful as our creative and technical competence.
There’s a huge amount of competition nowadays, for everything. To shoot on film does take expertise but you also have to be reliant on your ability to enmesh yourself into those teams - almost more than anything else you’ve got in your toolbox. It’s a truly equal mix of being a people job and a technical job.
Q> Any final words for future film-aficionados?
Matthew> It’s nothing to be scared of - the results are always going to elevate a production!
Matthew J. Smith is represented by KO Represents for fashion and beauty work. All celluloid and film stock is processed by Europe’s most comprehensive film laboratory and film facility, Cinelab London - close partners of KO Represents. For more of Matthew’s work, please click here.