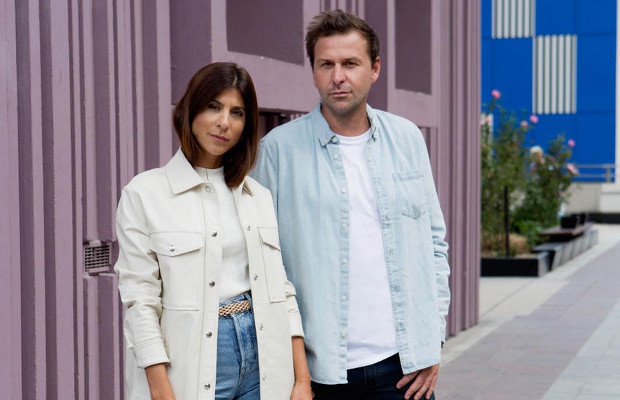 Quad Stories already represents and supports 13 directors spotted by Seydi Bayrak and Romain Manson. This next-generation talent hotshop masters storytelling and new production formats in a wide range from comedy, music videos, lifestyle, sports to live and animation mix: Pierre Amstutz Roch, Andrea & Marianna, Antoine Bal, Elise Baudoin, Lou Cheruy Zidi, Cokau, Pierre Davy, Louis Farge, Fabrizio Mari, No Brushing, Original Kids, Romy, Shoot Like Schupak, Gaute Hesthagen.
QUAD Group is an independent company made up of different structures that create and produce all kinds of multimedia content, and has found success in a broad range of formats. Notable productions include the feature films "The Intouchables" (starring French actor Omar Sy), "L'Arnacoeur,” and "Le Sens de la Fête,” as well as fiction series "Disparue" (France 2), "Le Secret d'Élise" (TF1), and "Victor Hugo" (France 2), and magazine and documentary series such as "Les Paris du Globe-Cooker" (Canal+).
Quad’s departments dedicated to brand communications include:
- Quad Production: an award-winning department for advertising films
- Where is Brian: specialized in food content
Producers Seydi Bayrak and Romain Manson head up the new department made up of directors, photographers, creators, tech consultants, motion designers and art directors. Their mission with Quad Stories is to reimagine the limits of craft, emotion and digital culture.
“To stand out from the enormous quantity of content available, you have to be orginal and conceive storytelling for new formats whether they are horizontal, vertical, square etc,” they say. “In particular, we looked for young directors, creators and the digital natives who live and breathe these formats.”
The objective is to produce projects that are both creative and visually demanding, while meeting the budgetary objectives associated with these new formats. “Whether they are simple or more complex, we must find solutions that are more in line with this type of production,” they explained.
A producer in the audiovisual industry, Seydi started her career at Havas, then moved on to Fred & Farid Shanghai and Paris where she managed the production of films and prints for international brands such as Orange, Kering, Bolloré and Peugeot. While there she also developed the agency's creative network with production companies and music studios. Working in China allowed her to develop strong production management skills in a very dynamic market where the demand for high quality production is growing.
Seydi now manages the Quad Stories label at Quad Group.
Having gained invaluable experience during his 11-year tenure at Les Improductibles, Romain has been involved in all aspects of production. He developed and produced several fiction projects and numerous live action and animated commercials.
Armed with this rich experience, Romain has joined Quad Group to set up the Quad Stories label with Seydi, continuing to support agencies and advertisers using these new forms of production.

Poulehouse Cares For Chickens in this Clucking Eggcellent Animated Campaign

Animals in Concert: Illogic Are Back with New Short 'Maestro'

Blood, Bullets, and Bananas Feature in This Stylishly Violent Trailer for My Friend Pedro