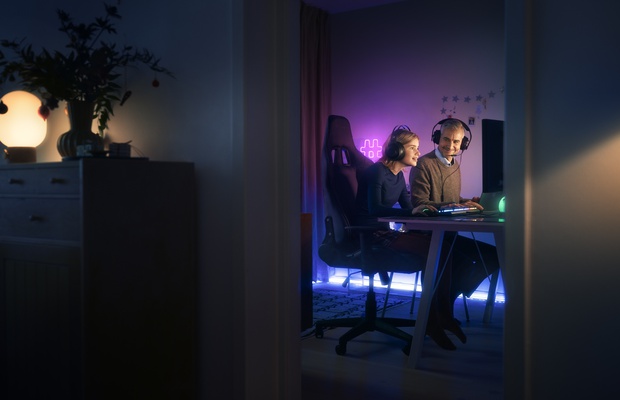 Elkjøp, the largest retailer of home electronics in the Nordics, wants us to consider what Christmas is actually is all about – time together. In their Christmas film, we get to follow a teenager and her father, a relationship that most parents may recognise.

In a time when people consume more and more, the Nordic retailer wants to inspire to give time together as a Christmas gift. In the Christmas film 'Give time together', we follow Alma and her relationship with her father. Alma is a typical teenager, and for her, there’s no real difference between online and offline. Gaming intervenes with chats and Youtube and meeting people in school. Alma’s dad wants nothing more than to spend more time with his daughter, and as he seeks different ways to get into her universe, he struggles.

Alma notices her father’s attempts, and realises that she is the one who must open the door for him, into her world. She decides to give her dad something more than a Christmas gift. A wrapped gaming headset becomes an invitation to access her universe. Now they have a world of their own, securing time spent together.

"As society becomes more stressful, it also becomes clearer that we need to take the opportunity to spend time together during holidays. At the same time, the boundaries between what is actually time together are blurred now days, virtual times can be even more valuable for some people than meeting irl. We believe that a gift can be much more than a thing. The right gift can become something that brings you closer to friends and family, that´s what we want to inspire to this Christmas", says Eddie Hernandez, Nordic marketing director, Elkjøp.

Elkjøp doesn’t settle with just one film this Christmas. Within the fully integrated Nordic campaign they will launch a follow up, going live after New Years. To show how the gifts we give, and get, can ensure that we get to spend more time together all year around. The campaign is made by the creative agency NORD DDB STO in collaboration with production company BRF and the director Agnes-Lo Åkerlind. It will be broadcasted in Norway, Sweden, Denmark, Finland and Iceland. The music in the film is 'Never Forget You' originally made by Zara Larsson and MNEK.

Last year, Elkjøp got a lot of attention for their Christmas film, and was awarded the best advertising film in Sweden 2019.

Tradera Unboxes the Facts of Consumption in Campaign from NORD DDB