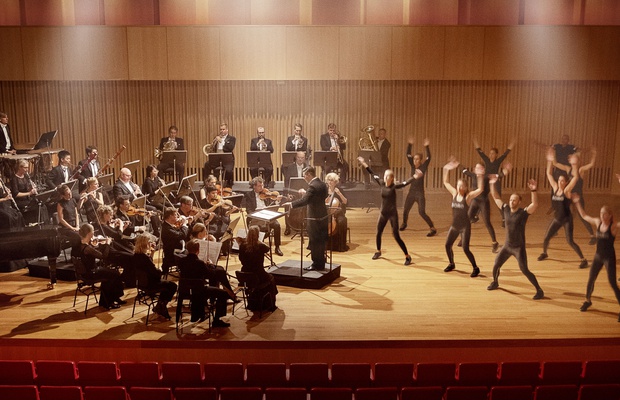 Science shows that training makes you smarter. So does classical music. Björn Borg decided to combine the two to see if it was possible to create the world’s smartest workout symphony. By composing a classical piece with a BPM of 123, this unique symphony will increase your endurance – and also raise your IQ. The campaign is created by NORD DDB.

Swedish sports fashion brand Björn Borg continues to explore what’s happening in our brains when we work out. Together with a training expert, a neurologist and a classical music composer they now present the world’s smartest workout track, titled ”Symphonia Exercitii Et Intelligentiae”. It’s a track built after a BPM backed by science, that not only will increase your workout results, but also make you smarter.

While shooting the music video, Björn Borg decided to move their compulsory office workout activity, known as sports hour, to a concert hall. There, their staff got to experience the symphony, performed live by the Jönköpings Sinfonietta.

"We want to inspire and encourage people to exercise. We know how good it feels, but by talking about the positive benefits in relation to our brain, we now know it’s not just about a feeling – it’s science. With this symphony we talk about how working out can make us smarter. At the Björn Borg office, we workout together, and we wanted our team to experience this magical symphony performed live by an orchestra. And, of course, sweat it out on stage while listening", says Emma Bengtsson, brand communications manager at Björn Borg.

The symphony is now available on Spotify, giving everyone the possibility to make it their top song on their workout playlist – and boost their smartness while sweating it out.

To be asked to write a symphony for a workout was an unusual request, and a challenge as a composer. With inspiration from my favourite Rocky I workout anthems, it feels like I have composed the soundtrack to my own superhero movie! I also wanted the piece to have an upbeat and rhythmic feel, without losing the melodies and counterpoints of classical music. Through the music I want to convey the feeling of facing a challenge and the proudness in fighting and overcoming it, says Jonas Valfridsson.

Physical exercise is beneficial for more than your body - research shows it can improve your cognitive abilities such as memory and focus. It has also been found that listening to music while exercising will increase your endurance. Also, some say music with a set BPM of 120-140 can be ideal when working out (depending somewhat on your fitness level). Conclusively, listening to classical music while working out can raise both your motivation as well as endurance, and in turn, bump up your cognitive performance.

Behind the campaign is the Nordic creative agency NORD DDB.

As an underdog in the sports category, Björn Borg is prepared to go far to show how working out boosts your well-being. They say that classical music makes you smarter, just like exercising does. So, for Björn Borg’s AW19 campaign, we merged these two and out came a workout symphony, a.k.a. a smarter way to build both brain and biceps. Time to ditch EDM from your gym playlists, folks, says Anna-Emilja Salonen, art director NORD DDB.

Listen to the song here.