No Prince Charming Necessary: Why Frozen is a Game Changer

INFLUENCER: How NERD Productions' Milana Karaica is trying to diversify the animation industry 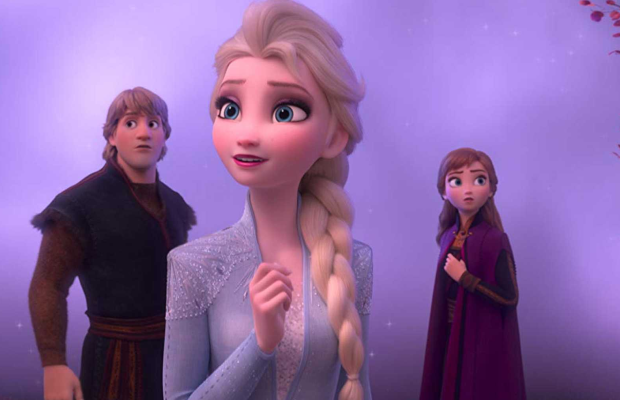 As Frozen 2 is released, enthusiasts are eager for a sequel worthy of the first production. The first instalment, released in 2013, was widely regarded as the breakthrough production which changed the way in which female protagonists were portrayed in animation. Frozen is a story of sisterhood undefined by a male romantic connection, and in being queen, protagonist Elsa is the most powerful person in the production. Frozen is the story of the non-traditional hero.

Yet the industry responsible for this influx of female empowerment – animation – still has a way to go before matching the ideals of empowerment portrayed in Frozen.

Although Frozen was one of the most high-profile animated productions to employ a female co-director, a 2018 survey by Animation UK revealed that the animation workforce is 60% male, with only 9% BAME representation.

I want to redress this imbalance. As of 2018 women only account for 35.1% of leadership positions, while a mere 13.8% of those in the industry identify as BAME. As a female production company owner, I'm among the minority. Throughout my career I never had female leaders to look up to in animation and advertising. Nor did I come across more than a handful of BAME in senior positions or from underprivileged backgrounds.  Given that I’m all of those, my inspiration came from countless male-dominated meetings. My role is to be the type of leader I didn’t have. I aim to ensure that those coming into the industry aren’t defined by their background. I want to bring talented humans together in a collaborative way and continue to diversify the industry

It requires great strength to be an often-solitary female voice, and I have lived a life which frequently tested that resolve. When I was 12 I was forced to flee my native Yugoslavia. As a refugee I faced bullying and exclusion. My career has not been without obstacle. Most notably, my production company – which I had worked with for 12 years – collapsed after the owner abandoned it. That's when I took the reins and NERD Productions was born.

This wasn’t just about me. In fact, it wasn’t about me at all. It was about the people I had worked with, the friends and colleagues who were all affected. During this period someone had to step in. With the unwavering support of those around me I started NERD.

That's why Frozen resonates with me so much. It's been a true game changer. Young women have seen that they don’t need a prince charming to come save the day. As a woman you are the master of your own destiny. More importantly, the previous film empowered all young children (male and female) to want to learn about themselves. For example, Elsa sacrificed her own comfort and happiness to protect her sister. She put others before her own needs, and was rewarded in the end with support, love and acceptance. I hope the sequel spreads those hugely important positive messages and influences the audiences to be fierce, regardless of their sex, race and background.

We all want to communicate with our global audiences in a relevant way, we can’t do that if we don’t actually know them or understand them. The only way to do that is to invite them to the table in an equal setting so we can all learn from each other.

My wish is to inspire the future generation, so that strong female leads become the rule rather than the exception. By reshaping just one child’s future we may help them become a scientist, a lawyer, a doctor – whatever they aspire to be! Now multiply that by as many as your imagination will allow, and we’ll have a much more positive, powerful and equal society to live and flourish together.

A Visual Representation of Everyone’s #MondayMood

Chinese New Year - What is it Really All About?

Inside My Digital Sketchbook: Skeeva