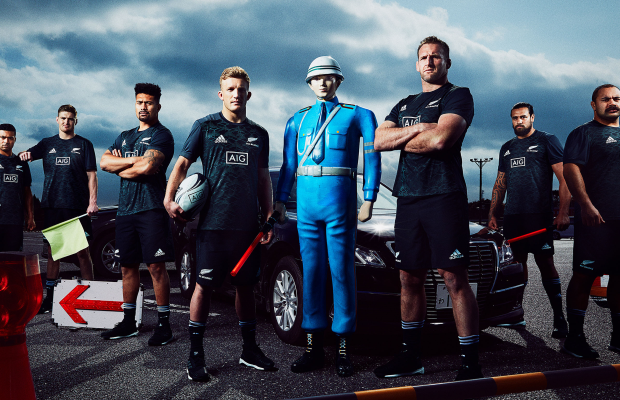 Insurance firm AIG has launched a large-scale campaign educating foreign travelers ‘How NOT to drive in Japan’ as the country readies itself for an unprecedented influx of overseas visitors for the upcoming 2019 Rugby World Cup and Tokyo 2020 Olympics and Paralympics. There are an estimated 40 million travelers expected in 2020, which is roughly a third of the entire Japanese population.
Rental car use by tourists in Japan has increased 230% over the past two years, due partly to the introduction of an unlimited highway pass for tourists in 2017, combined with local taxi fees being the second most expensive in the world. But overseas drivers are now four times more likely to be involved in accidents than Japanese drivers, so AIG identified a growing need to reduce potential traveler-related risks, caused simply by tourists not understanding local rules.
The project, created by TBWA\HAKUHODO, aims to educate visitors in an engaging and memorable way, centered around an online film starring the world-famous New Zealand All Blacks. A total of eight Japanese traffic rules are explained in this comical - yet highly informative - video, from driving on the left side of the road, to identifying triangular stop signs.
“Our non-confrontational culture often results in difficulty effectively communicating and enforcing rules and regulations to overseas visitors,” said Shuhei Tsuji, senior creative director at TBWA\HAKUHODO. “That’s why it was important for us to take a tongue-in-cheek approach to help the nation educate tourists in a fun and appealing way.”
As part of the project, AIG assembled a unique team comprised of representatives from the business world, local municipalities and influencers, to spread the message behind the campaign and get Japanese businesses excited and ready for the increased number of expected visitors. Called TEAM YOKOSO (meaning ‘Welcome!’), the group includes Dominic Walton-France, All Blacks deputy ambassador of New Zealand to Japan, as well as Yasuhiro Nagano, mayor of Beppu City, which will be home to All Blacks training ground during the Rugby World Cup.
With language and cultural barriers also posing a hotbed of potential risks, the team created 'How NOT To' Cards, distributed to more than 30,000 Japanese SMEs, such as F&B businesses, traditional inns and retailers. The cards are designed to amuse users, but more importantly explain how rules apply to everyone, and encourage guests to understand and respect the local customs.
“Our history in Japan along with our unique global perspective and understanding of our Japanese customers has helped inform and develop the insight and opportunity for our individual, small business and corporate customers for 2019, 2020 and beyond,” said Matthew Walker, AIG Japan’s SVP / regional chief marketing officer.
TEAM YOKOSO also designed a test for Japanese people to assess their knowledge of other countries and cultures, helping Japanese SME owners, staff and the public see things from a foreigner’s point of view, and thus improving their own services and the inbound experiences.
“I think this is a great project for both overseas visitors and local businesses alike,” said Yasuhiro Nagano, mayor of Beppu City. “I’m very keen to develop synergies between our municipal activities and the message and spirit presented by TEAM YOKOSO to help it spread even further.”